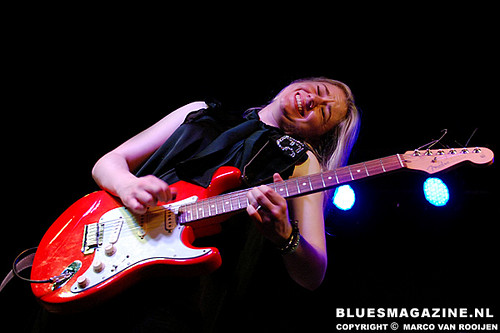 For two years consecutively, 2010 and 2011, Joanne – who originally discovered by Eurythmics’ Dave Stewart as a guitar prodigy at the age of 16 – was voted “Best British Female Vocalist of the Year” at the British Blues Awards. Joanne is fast becoming a major force on the international blues rock music circuit.

The new album was produced by legendary record producer Mike McCarthy (Spoon, … And You Will Know Us by the Trail of Dead, Patty Griffin) in Austin.

“Mike McCarthy comes from a very different musical background from me,” says Joanne. “He pushed me out of my comfort zone, while allowing me to explore and embrace new territories whilst remaining true to who I am. I never thought when I started on this journey I would ever get to work with such an amazing array of musicians. I’ve been a fan of JJ, David and Billy for many years and their performances on this album are exceptional.”

• SOUL STATION
• BEAUTIFULLY BROKEN
• YOU SHOULD STAY, I SHOULD GO
• PIECE OF THE SKY
• ARMY OF ONE
• JEALOUSY
• ALMOST ALWAYS NEVER
• TIED & BOUND
• A HAND IN LOVE
• STANDING TO FALL
• MAYBE TOMORROW
• LOSE MYSELF TO LOVING YOU

Piano, Wurli, Rhodes, RMI, Hammond, Mandolin and Gordon by David Garza
Precision bass, and acoustic slide by Billy White
All drums by J.J. Johnson
All electric guitars, vocals and Gordon on tracks 4 and 12 by JST 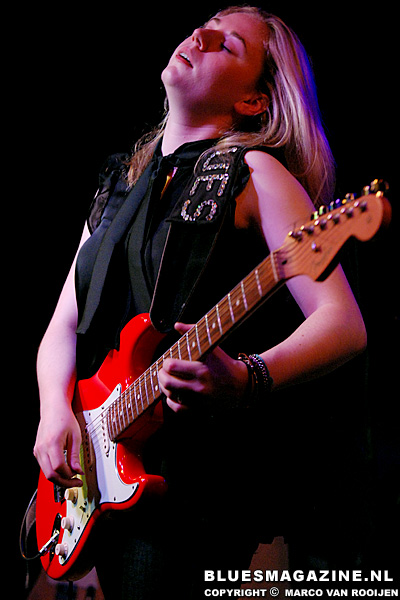 “I’ve loved every album and recording experience I’ve had to date for many different reasons,” reflects Joanne. “I think what sets Almost Always Never apart from my two previous albums is the songwriting process leading up to it. I’m so proud of these songs. All 12 of them combine into one body of work. It’s the perfect and truest example of who I am as an artist to date.”

“I’ve made an album where I’m starting to hold my own on the guitar. I spent a lot of time leading up to these recordings going back and exploring old influences as well as embracing some new things. I had the opportunity to write the songs I’ve always wanted to write with an all-star cast to support and nurture them but also to push me and this album to places I would not have been capable of reaching without them.”