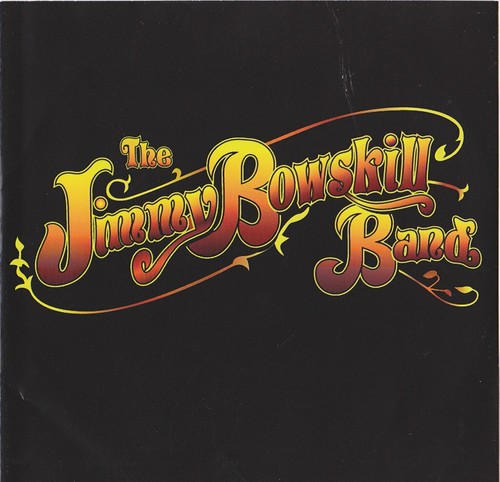 Here are some numbers up front: 21 and 5. Very few artists deliver their fifth album a couple of months after they turn 21. Even rarer is for that record to be the best of an already impressive career. That’s the formidable achievement of Toronto-based blues-rock singer/guitarist Jimmy Bowskill on his new album Back Number, set for release on Ruf Records in February, 2012.
Jimmy Bowskill’s prowess as a killer guitar player and convincingly soulful singer has long been established, and his evolution as a songwriter is now fully confirmed on the new record, marking him a genuine triple threat. Back Number is the most fully realized Jimmy Bowskill Band album to date. The trio features drummer Daniel Reiff and bassist Ian McKeown, and Back Number captures the sound of a band firing on all cylinders. Jimmy increasingly involved his bandmates in the writing process, with winning results. “Generally, we approach a song with a riff idea I may have and we’ll expand the song together from there. It’s a new experience for me, building a song that way, and it’s a lot of fun,” he explains.
Armed with a batch of killer new songs (some of them already road-tested at gigs), The Jimmy Bowskill Band headed into famed Toronto recording studio Metalworks. Jimmy had recorded his self-titled third album there in 2008, and felt very comfortable in that environment. On hand this time to co-produce the album with the band was Brian Moncarz (Dean Lickyer, Moneen). Described by superstar producer Bob Ezrin (Pink Floyd, Alice Cooper) as “one of the hottest young producer/engineers around,” Moncarz proved an inspired choice.


“We were all on the same page, and the recording went quickly and smoothly,” says Jimmy. “We did all the bed tracks live off the floor. We wanted to capture what we do live, without sugarcoating anything.”
The result on Back Number is an album that exhibits real dynamic range, while adhering to the classic sound of a blues-rock trio. Canadian blues great Colin Linden has already given his seal of approval to “Spirit Of the Town,” a powerful horn-fuelled ballad. In fact, Linden joined The Jimmy Bowskill Band in performing it a gala blues concert at The Glenn Gould Studio in Toronto in March 2010. That song has deep personal resonance for Jimmy. “I wrote it about my home town of Bailieboro

[near Peterborough, Ontario]. I have a really strong connection to that town, and it’s about the changes I’ve seen there over the years.”
A notable songwriting peer who admires Jimmy’s work is Ron Sexsmith, and the two collaborated on Back Number’s “Little Bird.” “Ron has definitely been an influence on me over the years,” explains Bowskill. “For that song, he came up with a really cool melody and lyrics, and I gave him a riff idea I’d recorded. Sitting down together to write was a lot of fun.” Sexsmith also wrote the song “Least Of My Worries” specifically for Jimmy. That tune, a cool jazzy shuffle, features Bowskill playing some fluent barrelhouse piano.
Jimmy’s lyrical skills are also in full evidence on “Seasons Change,” an epic and soulful song featuring a vocal performance Paul Rodgers (a fan and friend of Bowskill) would be proud to call his own. The propulsive and catchy “Linger On Sweet Time” is another highlight of this consistently strong, filler-free album.