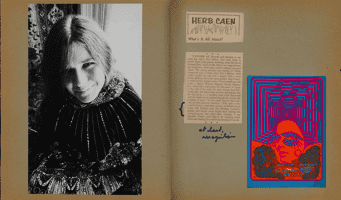 Genesis Publications and the Janis Joplin Estate are delighted to collaborate on the official limited edition book, Janis Joplin Scrapbook 1966-68 (working title). Janis’s personal handmade scrapbook, seen for the first time, will be reproduced in facsimile alongside further pieces from her archive, with quotes and stories from the people who really knew her during that period and beyond.

Fifty-three years ago, on 17 and 18 June 1967, Janis Joplin and the band, Big Brother and the Holding Company, played their now legendary set at the Monterey Pop Festival, a breathtaking appearance that set in motion the iconic singer’s extraordinary rise to fame. 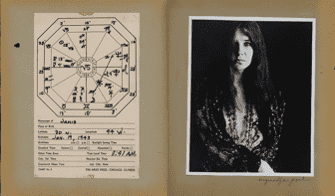 From Janis’s earliest intimate blues gigs in local coffee houses, to her first appearances with Big Brother and the Holding Company, to the band’s breakthrough performance at Monterey Pop Festival in June 1967 – which made her a rock star overnight – Janis’s story is remarkable. Throughout it all, she collected posters, souvenirs, press clippings, photographs and records. In Janis’s scrapbook you can see the Port Arthur girl transform into a rock goddess, setting the world on fire with her talent.

In a strictly limited edition of just 2,000 estate-stamped copies, Janis’s scrapbook will be reproduced in facsimile alongside further pieces from her archive. Her memorabilia will be interspersed with quotes and stories from the people who really knew her during that period and beyond, from friends, family and bandmates, to musicians, writers and photographers. 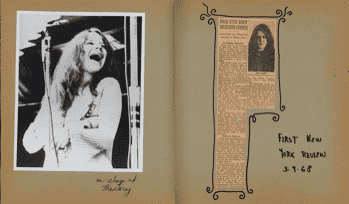 One Way Out: The Inside History of the Allman Brothers Band (Book)