“The Jimi Hendrix of the Ukulele” BBC Breakfast

Jake Shimabukuro has been redefining what the ukulele is capable of for the last 20 years, and on 14 February 2020, he returns with his new album ‘Trio,’ his first on Music Theories Recordings, a division of Mascot Label Group. Only 7 days ahead of the album release they unleash a beautiful rendition of Fleetwood Mac’s ‘Landslide,’ which you can check out here:

Jake on ‘Landslide’: ” Landslide is one of my favorite tracks on the Trio record. Rachel James (lead singer of Dearling) has such an incredible voice. She sings with so much honesty and emotion. It was an honor to work with her in the studio. ”

It was nearly 15 years ago that the world first caught notice of the stunning musical artistry of Jake Shimabukuro. The young ukulele player’s gorgeous rendition of George Harrison’s ballad ‘While My Guitar Gently Weeps’ whilst sat in Central Park, became one of the most-watched clips on the then newly launched YouTube platform, and now sits at 16.5m+ views.

He released 3 albums as part of the band Pure Heart, and has since released 16 solo albums beginning with 2002’s ‘Sunday Morning’ up to 2018’s ‘Greatest Day’ – 6 of these albums reached the Billboard Top 5 World Album Charts, including the #1 ‘Peace Love Ukulele’ (2011). Alan Parsons personally asked to produce his 2012 album ‘Grand Ukulele’ – Parsons’ credits (as a sound engineer) include Pink Floyd’s ‘Dark Side of the Moon’ and The Beatles ‘Abbey Road’ and ‘Let It Be.’ Jake has been lauded by Pearl Jam’s Eddie Vedder who said, “Jake is taking the instrument to a place that I can’t see anyone else catching up with.” 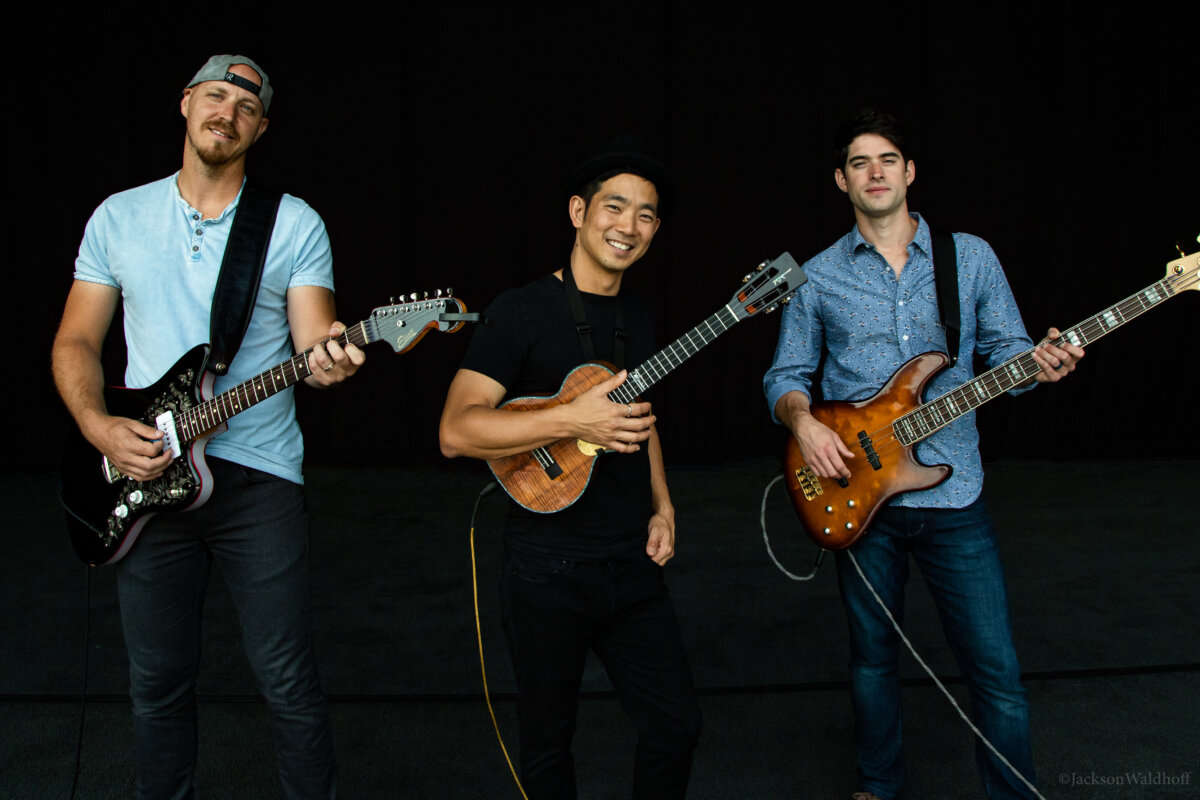 He started to experiment with effect pedals and transforms the tiny instrument into a million different musical forms, dexterously playing jazz, rock, classical, traditional Hawaiian music, as well as folk. It is this that has led him to collaborate with a number of incredible musicians such as Warren Haynes, Tommy Emmanuel, Jimmy Buffett (who also took him on tour for 3 years and appears on a number of albums), Jack Johnson, Cyndi Lauper, Ziggy Marley as well as renowned shredders like Paul Gilbert and Marty Friedman. Add to this the time he performed at the 2009 Royal Variety Performance with Bette Midler in front of Queen Elizabeth II, even meeting Her Majesty after the performance.

The “Jimi Hendrix of the Ukulele” has gone on to appear on some of the biggest national TV shows in the world including Late Night with Conan O’Brien, Jimmy Kimmel Live, Carson Daly, The Today Show and BBC Breakfast. There has also been a documentary made on him, entitled ‘Life On Four Strings,’ and he has dedicated many years to non-profit charity organizations to create outreach programs and educational workshops to schools.

Early 2019, Shimabukuro, Verner and Preston holed up in Nashville’s Sound Emporium studio with only a few snippets of riffs and melodies fleshed out, and over the course of a week jams took flight and became songs. Guiding the process was producer R.S. Field (Steve Earle, Webb Wilder, John Mayall, Sonny Landreth).

2020 will prove to be another landmark year for Shimabukuro, with a second special release to follow later in the year, where he collaborates with a number of high-profile guests. ‘Jake & Friends’ will feature artists such as Lyle Lovett, Bette Midler, Jack Johnson, Jon Anderson (Yes), Warren Haynes (The Allman Brothers Band, Gov’t Mule), Moon Taxi, Ray Benson (Asleep At The Wheel) and Michael McDonald (The Doobie Brothers) amongst others.