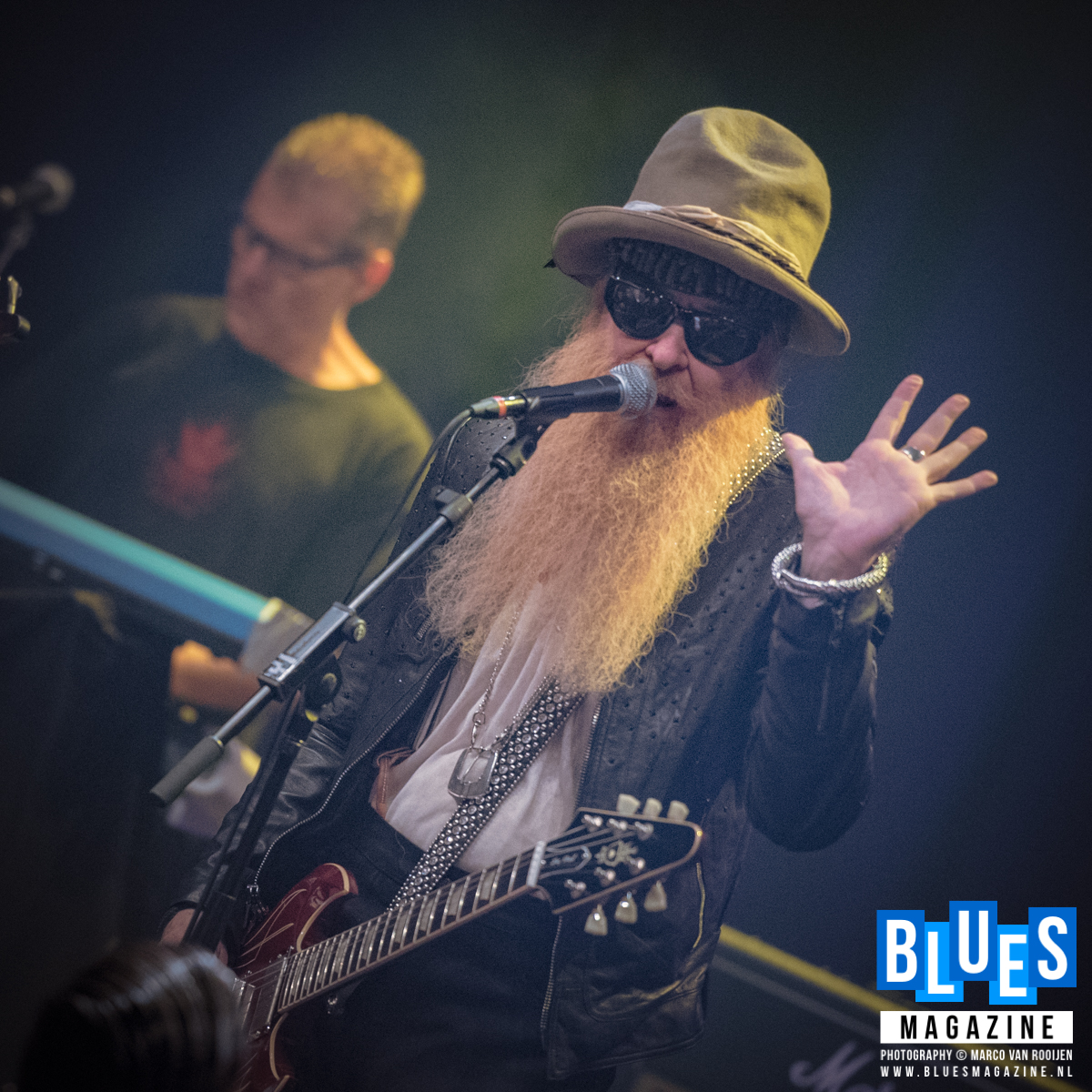 Catching up with ZZ Top’s legendary frontman, Billy F Gibbons, as he passes through London was the easy part. Pinning him down for interview time always tricky with a guy who seems always restless, looking around and ahead, ready for the next musical challenge or experience. When we finally get a chance to chew the fat, he’s just flown in from Switzerland and is beginning to settle in for some downtime in his central London hotel.

With a new album, ‘Big Bad Blues,’ launched a day or so earlier, Gibbons is keen to explain its significance and place in his own musical world: ‘It all came about so easily,’ he says. ‘I’d some studio time booked in Texas with two of my favourite people, producer, Joe Hardy, and engineer, Gary Moon, when on the first day the great session drummer Greg Morrow came by and asked if he could sit in. I said, ‘”Sure.” After three days playing together, Greg had to leave to do some gigs out on the road. Then Joe Hardy asked if I’d like to hear it all. It was a surprise, not planned, but it had all been recorded. It just felt so natural, so easy, it was loose and raw.’

Tracks come from the man himself, though he also does a strikingly outstanding cover of one of blues music’s most recorded tracks, ‘Rolling and Tumbling,’ probably from the playing of Muddy Waters, with whom Gibbons recalls working in the early 1980s. The opening track, ‘Missing Yo’ Kissing,’ comes from his wife, Gilligan Stillwater: ‘I sure hope she means me,’ he says with a confident laugh, before we turn to his time as a youngster, playing and picking up guitar tips from the legendary Jimi Hendrix.

‘I knew Jimi way back around 1968. Jimi could do things with a Fender Strat that it was never designed for. Its designers had no idea it could be used that way. He was amazing.’

With Gibbons in reflective mode, I ask about his own, personal favourite guitarist, expecting Hendrix to top the list. Instead, Gibbons immediately fires off: ‘Keith Richards. It’s incredible to think that the Stones, Keith, these guys were sort of heroes of mine when I was starting out and they’re now friends. They rescued US blues music with their work, bringing the music back home to the USA and giving the original US bluesmen a career and recognition.’ he adds, by way of explanation. ‘If we had a few days, we could probably come up with a huge list of other great players, Jeff Beck, Jimmy Page, Freddie King, Albert King, Peter Green, Mick Taylor, Stevie Ray.’

Gibbons writes with a drumbeat backing playing in his head, and a strong bass backbeat always in mind, before reaching for his guitar to flesh out the song and put meat on its musical bones: ‘I usually start with a drumbeat and fill in the gaps with some guitar here and there, though sometimes I start with some words and build around that, maybe a theme,’ he confirms.

He recalls his first true meeting with the blues as coming about thanks to his music executive father. ‘I was about seven or eight years old. He took me with him one day in the car down to a recording studio where he told me to sit in the booth and something was going to go down. He then went off to an office or something, leaving me kicking my heels. After a short time, B.B. King and his band walked in, set up and began recording. I’ll never forget the moment. I guess it gave me a sort of head start in the music.’

Another clear influence, Bo Diddley, features prominently on the new release, with a couple of songs including the curiously entitled, ‘Bring it to Jerome,’ a song Gibbons included as a tribute to Diddley’s maracas-man and Chess Records figure, Jerome Green; and a rakish, Reggie-cum-Tex Mex infused cover of ‘Crackin’ Up,’ an old Bo Diddley favorite from the mid-1950s.

Gibbons then went on to discover fellow Texan Jimmy Reed and marks him out as another seminal influence in his own musical growth and evolution. Now, with fifty years behind him as a professional player, Gibbons seems surprised that the life has lasted so long but quickly points out that with his two close buddies, Dusty Hill and Frank Beard – ‘The guy without the beard,’ he jokes, referencing both his and Hill’s own instantly recognisable trademark features – in ZZ Top, there is a special bond, an understanding that transcends most experiences. ‘We just work so well together now. We all know what we’re about, we think the same and have been together since around 1969. We’re a unit.’