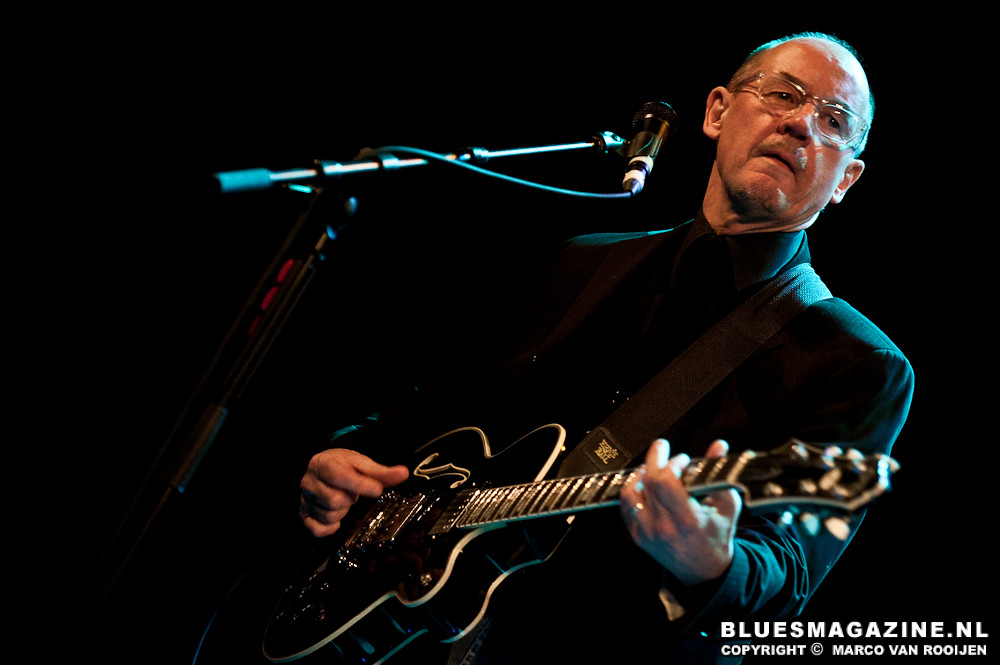 Andy Fairweather Low is possibly one of those recognized names that doesn’t truly fully register with many. And yet, this guy from Wales is without doubt one of the most important and significant musicians of a generation. Now drifting towards receipt of his pension, he remains as important as ever, touring, writing and generating excellent music on a near daily basis.

And although Fairweather Low has been at the top of the musical tree for the better part of half a century now, he somehow also manages to remain just below the popular radar, a largely self-induced state of affairs from a guy who seems to thrive on diffidence and unaffected charisma.

Since his days as frontman and writer with sixties pop band Amen Corner, Fair-weather Low has continued to play and compose near-instant hit music from his Welsh hideaway. Back then he wrote the smash hits ‘If Paradise Is Half As Nice’ ,’Bend Me, Shape Me’ and countless other winners, songs that are still loved and sung by many. After a quiet period in the seventies and into the eighties, he again burst onto the stage with another huge hit, an unexpected smash in pre-Xmas UK, 1985, with the cleverly crafted lyrics still heard being chorused by raucous holidaymakers in bars from Birmingham to Benidorm, and amid Karaoke chaos the world over, ‘Wide Eyed And Legless’.

For the past near twenty years, he has been the guitarist sideman of choice for one of the world’s acknowledged greatest guitarists, Eric Clapton. Now Clapton’s clearly a guy who knows a thing or two about guitars and music in general. But interestingly, in particular, he chooses Fairweather Low both on the road as tour sideman and in the studio. Indeed, he even goes as far as to partly credit the Welshman with the success of one of his biggest selling albums, the famed ‘Unplugged’ release which has now sold in excess of 14 million copies worldwide. Fairweather Low, who toured as a band member with Clapton on the promotional tours for the album, also worked with Old Slowhand in creating the arrangements of many of the tracks, including the wonderful version of ‘Layla’, a CD centerpiece in many ways.

And Fairweather Low’s career just doesn’t splutter to what would be a remarkable achievement and close here either. Apart from his impressive and entirely enviable work with Clapton, he has also toured , recorded and played with most of the world’s leading music royalty: George Harrison; Van Morrison – ‘Playing with Van’s a bit of a right of passage for many musicians,’ he quips tantalisingly; Sir Tom Jones; The Beegees; Roger Waters’ Pink Floyd; Bill Wyman’s Rhythm Kings; Pete Townshend and the Who; Chris Rea; Paul Carrack; Brian Wilson. The list seems endless.

These days, he’s also at home fronting his own band once again with Andy Fairweather Low & The Low Riders, a sparkling four-piece outfit with an effortless blend of R&B and Soul-rich material, much of it straight from the pen of this instant Celtic hitmaker. Indeed, as he confirms, he’s currently out on the road in the UK with this pet project band supporting and promoting their excellent album, ‘Zone-O-Tone’. While, later this year, as winter draws in, he will be once again out touring with Bill Wyman and The Rhythm Kings on an international platform: ‘I always enjoy going out, playing with Bill and the guys,’ he says, before adding:’ It was the Stones that made me a musician, really. On the 28th of Februuary, 1964, I went to see the Stones play. At the time I was drifting a bit, a secondary-modern guy with no real ambition or future. Then I saw the Stones and they were fabulous. I thought that’s what I want to do. I was hooked. I never looked back from that day on. It genuinely changed my life.’

And, unlike most, he did indeed go out and not just do it, but do it in spades, even to the extent of now playing with their former bassist when the chance arises and his own touring schedules permit. When Wyman produced his well-received, autobiographical coffee-table-cum-scrapbook of memories and photographs etc., about his life and career a few years ago, Fairweather Low was able to open it at the very page where Wyman displays the set-list and date of this seminal event in Fairweather Low’s life in 1964, a date, a set and a gig he has never forgotten.

But, strange to think with the benefit of hindsight, it could all have gone so very differently, muses Fairweather Low: ‘ Punk finished me. I’d just recorded the old Cliff Richard hit, ‘Travelling Light’ when The Sex Pistols released their original, infamous single, ‘God Save The Queen.’ I had a seven-year contract/recording deal in its first year. But when this happened, basically I was done and dusted. I even sold off my equipment – needs must – for cash to keep going, including my Hillman Imp.’

But never one to say die, the Welshman kept faith with the music, writing and playing locally while always practicing guitar, as he still does on a daily basis today: ‘I’m not a natural guitarist, not like Eric (Clapton). I have to work on it every day. Eric doesn’t.’

He acknowledges the change in his fortunes came about when the late Beatle George Harrison made contact and asked if he could play a bit of slide guitar on the ‘Material World’ project. ‘I just said, yea. Then I thought to myself. I don’t play slide, though I knew with work I probably could. Still, I didn’t want to turn up and look a fool so I decided to come clean with George and phoned to tell him I didn’t play slide. He said fine but comeup to Friar’s Park (Harrison’s English home) for a cup of tea anyway.’ From there, doors , many gilt-edged, began opening for him, with offers from Roger Waters to join Pink Floyd, where he played before a 400,000 crowd while being the first band-member to be bricked behind The Wall at a live concert in Berlin, and many other top names.

‘What was lovely about George Harrison,’ he adds,’ is he was a great guy. Really decent and incredibly generous. I’ve never met you and I’ve never seen you play but everyone seems to like you, he said. He eventually told me I hadn’t been the first choice for the slide guitar-work on ‘Material World’. I’d been the seventh choice, but he also said, I’d been the right choice.’

Of course, it’s impossible to chat to Fairweather Low without raising the spectre, the elephant in the room, of his work with Eric Clapton. Again, chance or serendipity had a role to play in this development. ‘I was in a rehearsal room in London with Eric and a few others. We stopped for a short break and Eric casually asked if I could join him at the Royal Albert Hall on his next tour. Another life-changing moment, I knew at once.’

Clapton has often said he considers Fairweather Low to have been the architect of the success of the “unplugged’ album, in particular. This is a credit most musicians would virtually kill or die for. Not so, Fairweather Low, who instead adopts his customary self-deprecating approach to his life and career: ‘Eric gives me too much credit for ‘Unplugged’. In reality, I helped a bit but the arrangements were something I just worked on. I worked at his home, doing it, and we got on well together. The thing about Eric is he’s an absolutely fabulous electric guitar player. He was wary about acoustic to some extent but he wanted a version of the old Robert Johnson song ‘Malted Milk’ included. It’s not an easy number and I asked if he really wanted to try it. He said yea, so I put that together for him. I said, okay, if you really must, I’ll work on it. The rest is history, as they say. It was a success and the album and tours were both great fun.’

And what about ‘Layla’? I ask the veteran Welsh wizard: ‘ Oh, Layla! Playing that every night was killing me at times. But, tell you what, I can sit there on-stage with Eric and in reality I don’t see what’s going on. That’s because I’m too much a part of it. I don’t have the perspective, the audience’s view, if you like. But one track I can sit and watch him play all night, forever, is when he picks up the acoustic and plays ‘Nobody Wants To Know You When You’re Down And Out.’ His picking and his voice are perfect, every time, for me. I always enjoy that one.’ 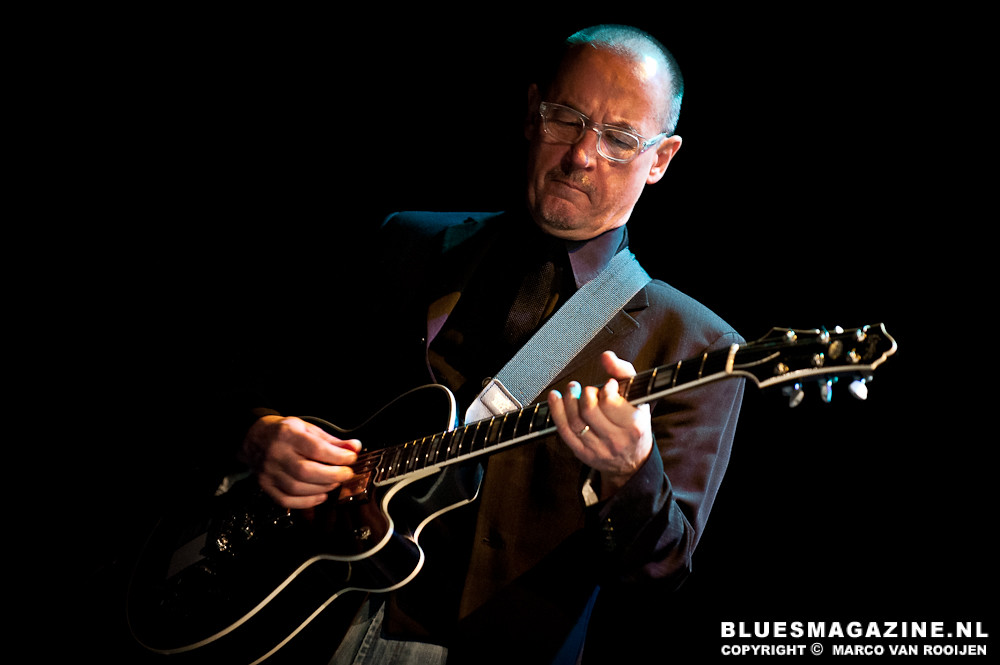 Interview: John Mayall about his latest album Nobody Told Me