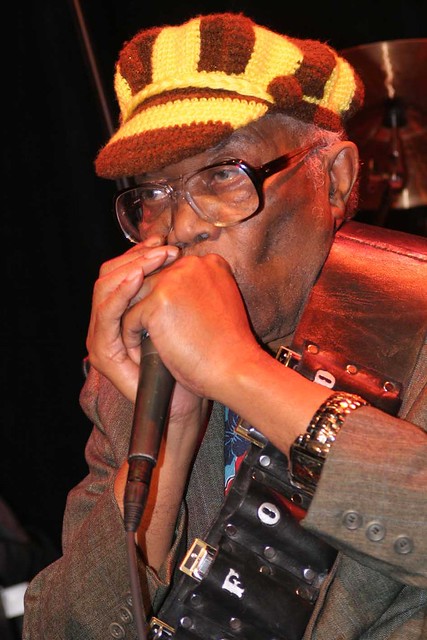 Buford relocated from Mississippi to Memphis, Tennessee in his youth, where he studied the blues. He relocated to Chicago in 1952, forming the Savage Boys that eventually became known as the Muddy Waters, Jr. Band. They substituted for Muddy Waters at local nightclubs whilst he was touring.
Buford first played in Muddy Waters’ backing band in 1959, replacing Little Walter, but in 1962 moved to Minneapolis to front his own band, and record albums. It was in Minneapolis that Buford gained his nickname “Mojo”, because of the audiences requesting him to perform his cover version of “Got My Mojo Working.” Buford returned to Muddy Waters’ combo in 1967 for a year when he replaced James Cotton. He had a longer tenure with Muddy Waters in the early 1970s, and returned for the final time after Jerry Portnoy departed to form The Legendary Blues Band.
Buford also recorded for the Mr. Blues label (later re-issued on Rooster Blues) and the British JSP label.