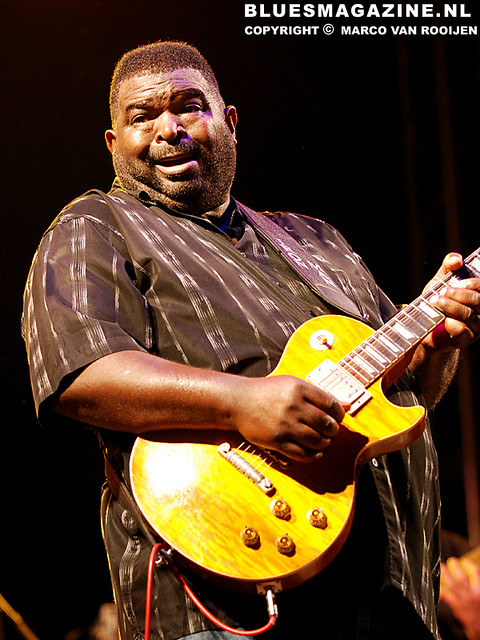 Guitarist, vocalist, songwriter Michael “Iron Man” Burks died in Atlanta on Sunday, May 6, 2012. He was 54 years old. He was returning from a tour of Europe and collapsed at Hartsfield-Jackson Atlanta International Airport. He was rushed to South Fulton Medical Center where he could not be revived. The preliminary diagnosis for cause of death was a heart attack. More information will follow as it becomes available.

Michael “Iron Man” Burks earned his moniker by his hours-long, intensely physical performances, fearsome guitar attack, and tough, smoky vocals. He also earned it by the thousands of miles he personally logged behind the wheel of his touring van. Burks was a true modern blues hero whose music was driven by an intense, blue collar work ethic that had won him well-deserved national and international recognition. His instantly identifiable guitar sound and his live charisma earned him four Blues Music Award nominations. He won the 2004 Living Blues magazine Critics’ Award for Best Guitarist. Burks received a nomination for the 2012 Blues Music Award for Best Guitarist. 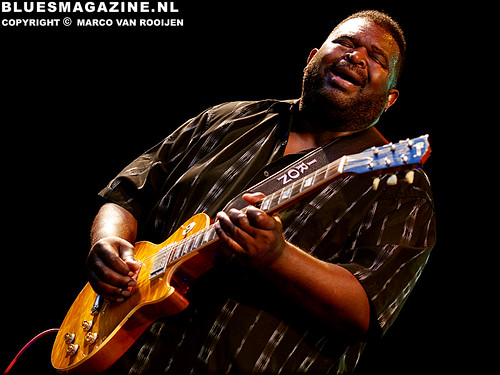 Born in Milwaukee in 1957, Burks grew up immersed in the blues, and learned to play guitar at an early age. His family moved to Camden, Arkansas in the early 1970s. There, Burks and his siblings helped their father build the Bradley Ferry Country Club — a 300-seat juke joint. By this time Michael was fronting his own band as well as backing several of the blues and R&B greats that passed through town. Burks left music to raise a family and returned to performing blues in the 1990s.

After self-releasing his first CD in 1997, Burks signed with Chicago’s Alligator Records in 2001 and released three critically acclaimed albums. GuitarOne named his debut album, Make It Rain, one of the Top 200 greatest guitar recordings of all time. He has toured the world, headlining blues festivals, concert halls and clubs. His status as an Arkansas musical hero was confirmed by his receipt of the prestigious Sonny Payne Award for Blues Excellence in 2006, presented by the Delta Cultural Center, and by his multiple headlining appearances at The Arkansas Blues & Heritage Festival. Burks had just finished recording his fourth Alligator CD, which is due for release at the end of July 2012.

(Special thanks to George Levine)

“Burks has learned to burn his own signature onto almost everything he touches. The aching passion of Burks’ voice and the probing intensity of his guitar lines come together in a searing evocation of desire and desperation. Burks has the ability and the imagination to fuse the best of the old and the new.” –Living Blues