One of the Blues world’s greatest guitarists Charlie Baty has sadly passed away at age 66.

Charlie Baty was born in Alabama in 1953, moved to California at the age of 8, and began playing the harmonica at the tender age of 12.

In 1976, Rick Estrin and Charlie Baty formed the group Little Charlie & The Nightcats. Charlie was a harmonica player but swapped out the harmonica for guitar and Rick then supplied harmonica and vocals for the group. 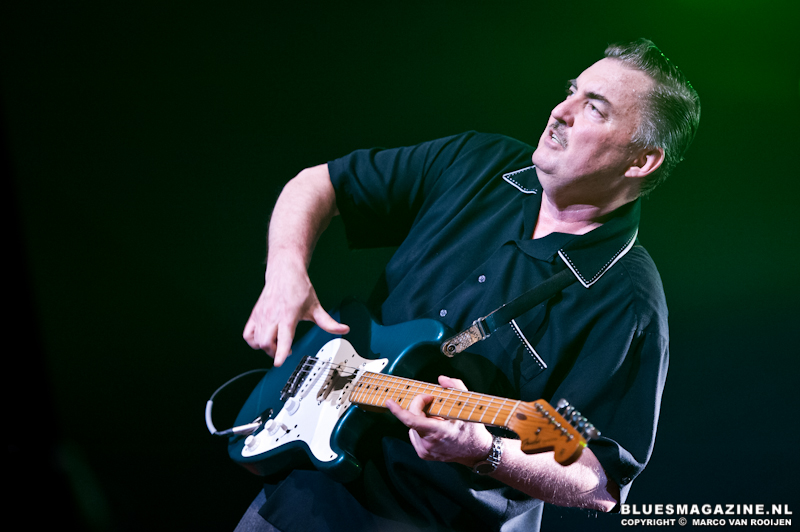 Master guitarist Charles “Little Charlie” Baty — known worldwide as a fearless blues musician — died on March 6, 2020 of a heart attack in Vacaville, California. He was 66. Baty is best known as the leader of award-winning blues band Little Charlie & The Nightcats, who released nine albums on Alligator Records between 1987 and 2008. Baty retired from the band in 2008 with a desire to do less year-round touring. Over the course of his career, he shared stages with Muddy Waters, Gregg Allman, Robert Cray, Albert Collins, Los Lobos and many others.

Guitar World said, “Baty’s straight blues playing is eye-popping…inspired and manic blues guitar. He can sting like Buddy Guy and swing like Tiny Grimes.” Rock critic Robert Christgau, writing in The Village Voice said, “Little Charlie Baty plays as much guitar as Eric Clapton and Buddy Guy put together. He is one of the swiftest, most fluent guitarists working in any genre.”

Baty proudly never played the same song the same way twice. His playing bridged hard Chicago blues and swing jazz, and his inspirations were as diverse as Buddy Guy, Django Reinhardt and Tiny Grimes. In 2018, he told his hometown newspaper, The Davis Enterprise, “If you practice scales, then your playing sounds like scales. If you start second guessing, you end up musically introverted. You cannot have fear as a guitar player.”

Baty was born in Birmingham, Alabama and moved to San Francisco at an early age. He fell in love with blues as a child and was playing harmonica by age 12. He began his musical career in the mid-1960s as a Chicago-style blues harmonica player and vocalist, turning to guitar in the early 1970s. In his late teens, he attended many concerts at the Fillmore including seeing B.B. King and Buddy Guy. After graduating high school, Baty earned a Mathematics degree from the University of California Berkeley.

Baty moved to Sacramento in 1975 in search of a non-musical job, although he was already a proficient guitarist. Soon after moving there, he met harmonica player, vocalist and songwriter Rick Estrin. The two added a drummer and bassist and formed Little Charlie & The Nightcats, quickly becoming one of the most talked about blues bands on the local scene. The group signed with Alligator Records in 1987. They released nine albums and toured the world non-stop before Baty retired from the band in 2008. Baty released 14 total albums in his lifetime. His most recent was Skronky Tonk in 2017 on the EllerSoul label.

Baty is survived by sisters Katherine and Laurel and mother-in-law Mary Montiero. He was preceded in death by sister Page and wife Sylvia.