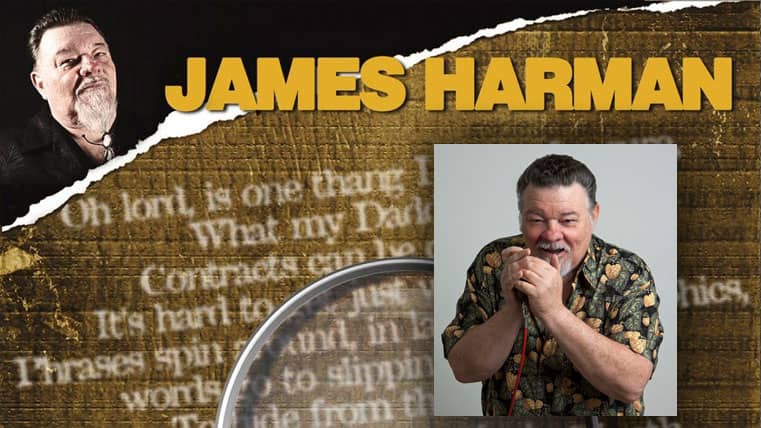 JAMES HARMAN DIES AT THE AGE OF 74

James Gary Harman Born June 8, 1946 in Anniston, Alabama, United States is an American blues harmonica player, singer, and songwriter.
He was being treated for cancer for the last several months, and had a heart attack yesterday.

Harman began taking piano lessons at the age of four. He also sang in his local church choir. Harmonicas owned by his father were stored in the piano bench, and James tried playing them after his piano lessons ended. In time, he learned to play several other musical instruments, including the guitar, electronic organ, and drums.

In 1962, he relocated to Panama City, Florida, where he played in many rhythm and blues bands, of which the Icehouse Blues Band was the last. Earl Caldwell, the manager of the Swinging Medallions, signed Harman to a recording contract. In 1964 in Atlanta, Georgia, Harman recorded the first of nine early singles, which were variously released on five different record labels.

Harman performed as a blues harmonica player and singer in Chicago, New York City, and elsewhere before moving to southern California in the 1970s.There, his Icehouse Blues Band played alongside Big Joe Turner, John Lee Hooker, Freddie King, Muddy Waters, Albert King, B. B. King, T-Bone Walker, Lowell Fulsom, Eddie “Cleanhead” Vinson, Johnny “Guitar” Watson, and Albert Collins. In 1977 he formed the James Harman Band. Over the years the band’s lineup has included Phil Alvin and Bill Bateman, who left in 1978 to form the Blasters; Gene Taylor, who departed in 1981, also to join the Blasters before moving on to the Fabulous Thunderbirds; and Kid Ramos. Among other members of the band was Hollywood Fats, who left his own band in 1980 to play alongside Harman for five years.

Harman became known as a skilled, reliable musician, whether for a backing band or leading his own ensemble. His band recorded several albums during the 1980s, before settling in 1990 at Black Top Records.