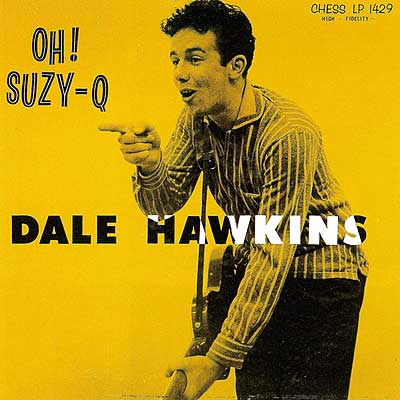 Rock & Roll Pioneer Dale Hawkins passed away in Little Rock, Arkansas on Feb 14th, after a battle with colon cancer. He was 73. Dale was best known for his 1957 classic “Susie Q”, which would later be covered by both the Rolling Stones and by Creedence Clearwater Revival. Dale’s band was a training ground for many amazing guitaists including James Burton, Scotty Moore, Joe Osborn, Roy Buchanan, Fred Carter, and Kenny Paulsen. Dale was inducted into both the Rockabilly Hall Of Fame, and the Louisiana Music Hall Of Fame.
For more information on Dale Hawkins’ passing click here. For Dale’s website (which plays “Suzie Q” while you are checking it out!) click here, and for his discogrophy click here. Dale Hawkins’ “Suzie Q” will remain a timeless work of art.