George Thorogood and The Destroyers – Live in Boston, 1982 (Expanded edition) 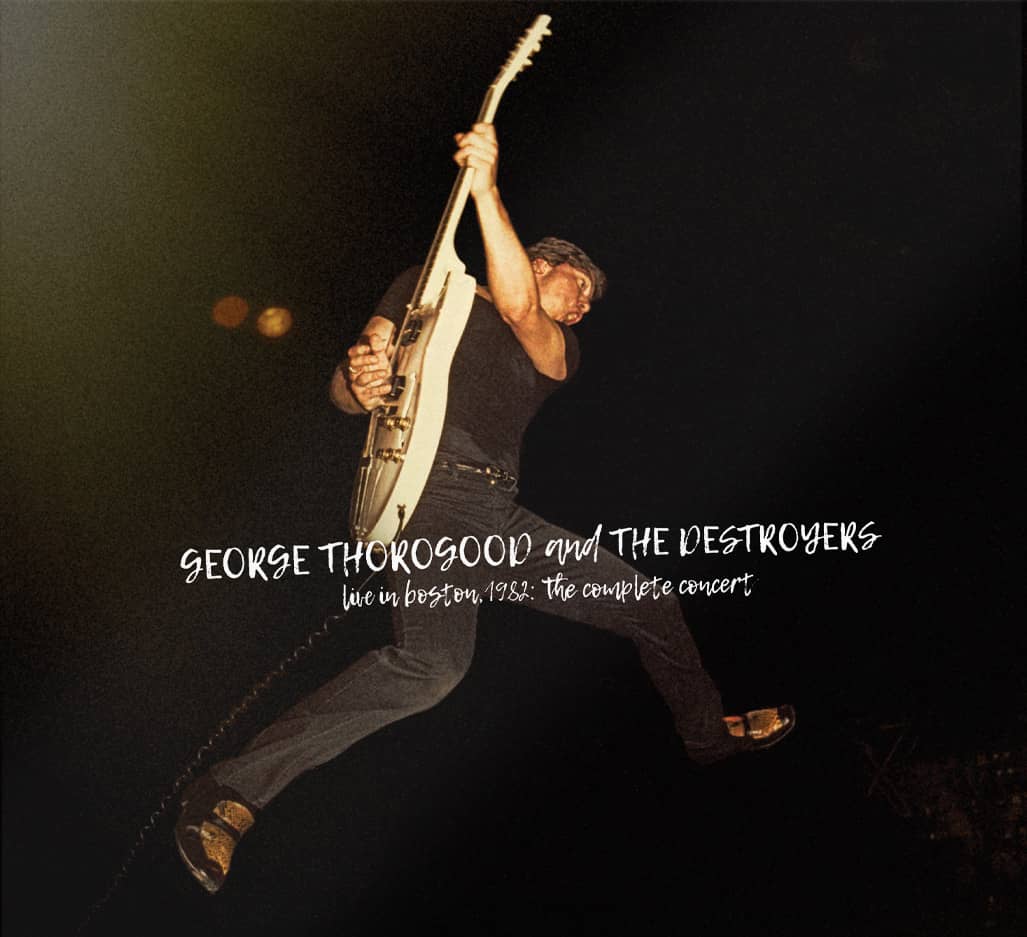 Live In Boston, 1982: The Complete Concert features 12 unreleased tracks,
including fan favorites “Who Do You Love?” and “Bad to the Bone”

Band confirms 27-date tour for 2021 with stops in North America, Europe, and the UK

Craft Recordings announces a comprehensive reissue of George Thorogood and The Destroyers’ Live in Boston, 1982. Newly remastered by the GRAMMY® Award-winning engineer Paul Blakemore, the 27-track Live in Boston, 1982: The Complete Concert captures the band’s fiery set in its entirety, including spoken introductions. Plus, the release includes 12 previously unreleased tracks (including performances of “Bad to the Bone,” “Who Do You Love?,” and “Cocaine Blues”) and marks the first time the set will be available on vinyl.

Live in Boston, 1982: The Complete Concert will be available December 4th as a four-LP set on 180-gram vinyl, a two-CD set, and across digital platforms. Complimenting the collection are new liner notes by longtime Boston Globe music critic and Berklee College of Music professor, Steve Morse, who spoke with Thorogood about that incredible evening. In addition, a special deluxe edition of the new collection (pressed on red marble vinyl, including an eye-catching poster, and limited to a 1,000 units) will be released exclusively as a Record Store Day exclusive, available in record stores Dec. 11th. Coinciding with this week’s announcement is the release of the first instant grat track, “Bad to the Bone,” available this Friday (10/9) to stream or download on all major digital outlets.

George Thorogood and The Destroyers were hometown heroes when they played to a packed audience at Boston’s Bradford Ballroom (now the Royale Nightclub) on November 23, 1982. Hailing from Wilmington, Delaware, Thorogood and his band had settled in Boston in the late ’70s, where they became mainstays in the scene—releasing their 1977 self-titled debut and their 1978 follow-up, Move It on Over, with the then-locally based Rounder Records. By the fall of 1982, the blues rockers were fast-rising stars on a national level. Just one year prior, they scored a supporting slot on The Rolling Stones’ tour, while that October, they appeared on Saturday Night Live, promoting their fifth studio album, Bad to the Bone. As the busy year came to a close, the album’s hard-driving title track—which would become one of Thorogood’s most iconic songs—was getting steady airplay on the radio and its video was a mainstay on the burgeoning MTV.

After a non-stop year, the triumphant band returned to Boston, where they were embraced by their longtime fans. Full of energy, power, and focus, Thorogood and The Destroyers played a blistering set that included original material (“Kids from Philly,” “Bad to the Bone,” and “Miss Luann”) blues classics (John Lee Hooker’s “One Bourbon, One Scotch, One Beer” and Elmore James’ “The Sky Is Crying”), early rock ’n’ roll and R&B covers (Chuck Berry’s “No Particular Place to Go” and Bo Diddley’s “Who Do You Love?”), and a few country tunes that The Destroyers had already made their own (Hank Williams’ “Move It on Over” and T.J. “Red” Arnall’s “Cocaine Blues”). In addition to Thorogood’s legendary guitar riffs, the songs are accentuated by the incendiary Hank Carter, who played saxophone with The Destroyers for 23 years. Luckily for fans, the incredible evening was captured in exquisite clarity by the award-winning engineer Guy Charbonneau, known for his “Le Mobile” remote recording truck.

For his liner notes, Steve Morse also interviewed Scott Billington, a longtime Rounder Records producer who oversaw the original, 2010 edition of Live in Boston, 1982. “It was exciting to revisit the entire show,” Billington told Morse. “Listening back to these recordings also reminded me of how George had taken the original rock ’n’ roll blues aesthetic and brought it back into the mainstream at a time when that was not a particularly popular aspect of rock. Hearing a manifestation of that in the early ’80s was a breath of fresh air.”

Reflecting on Live in Boston, 1982: The Complete Concert, Thorogood says, “1982 was an absolute high-water mark for us. Everything was going our way and it shows in this recording from the Bradford Ballroom. This is George Thorogood and The Destroyers at our best!”

George’s peers also lauded the album. Legendary Guns N’ Roses guitarist Slash declared, “George Thorogood has been a hero of mine since I first heard his music in the ’70s. One of the baddest rock ’n’ roll songwriters/electric slide guitar players ever and The Destroyers are a kick-ass, tight rhythm section. This recording proves it!” Blues rocker Jared James Nichols added, “Power, attitude, emotion! I feel the energy and spirit, as if I’m actually at the show. George and band are undeniably at the top of their game this rockin’ night in Boston. Above all, this recording further solidifies the legend that is George Thorogood. Crank it up and get ready to boogie!”

Since forming in 1974, Thorogood and his band—which currently consists of Jeff Simon (drums, percussion), Bill Blough (bass guitar), Jim Suhler (rhythm guitar), and Buddy Leach (saxophone)—have released 16 studio albums, played more than 8,000 ferocious live shows, and sold over 15 million records. For more than two generations, George Thorogood and The Destroyers have remained one of the most consistent—and consistently passionate—progenitors of blues-based rock in pop culture history. Showing no signs of slowing down, Thorogood returned to Rounder Records to release his solo debut, Party of One, in 2017 and he continues to tour regularly with The Destroyers.

Looking ahead, the band is excited to return to the road with a 27-date global tour, kicking off May 4, 2021 at the Revolution Place in Grande Prairie, AB, Canada (full tour itinerary below). 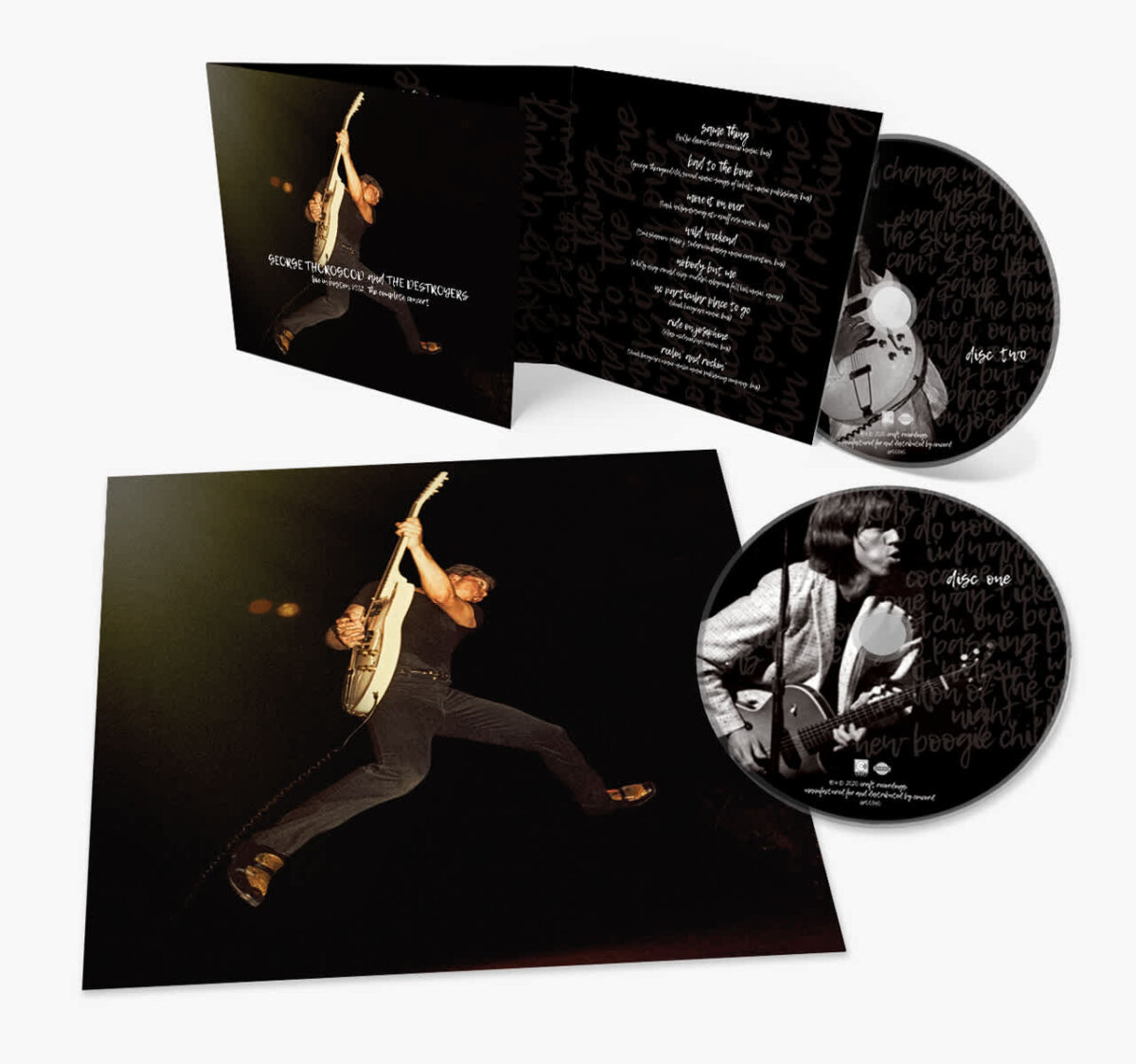 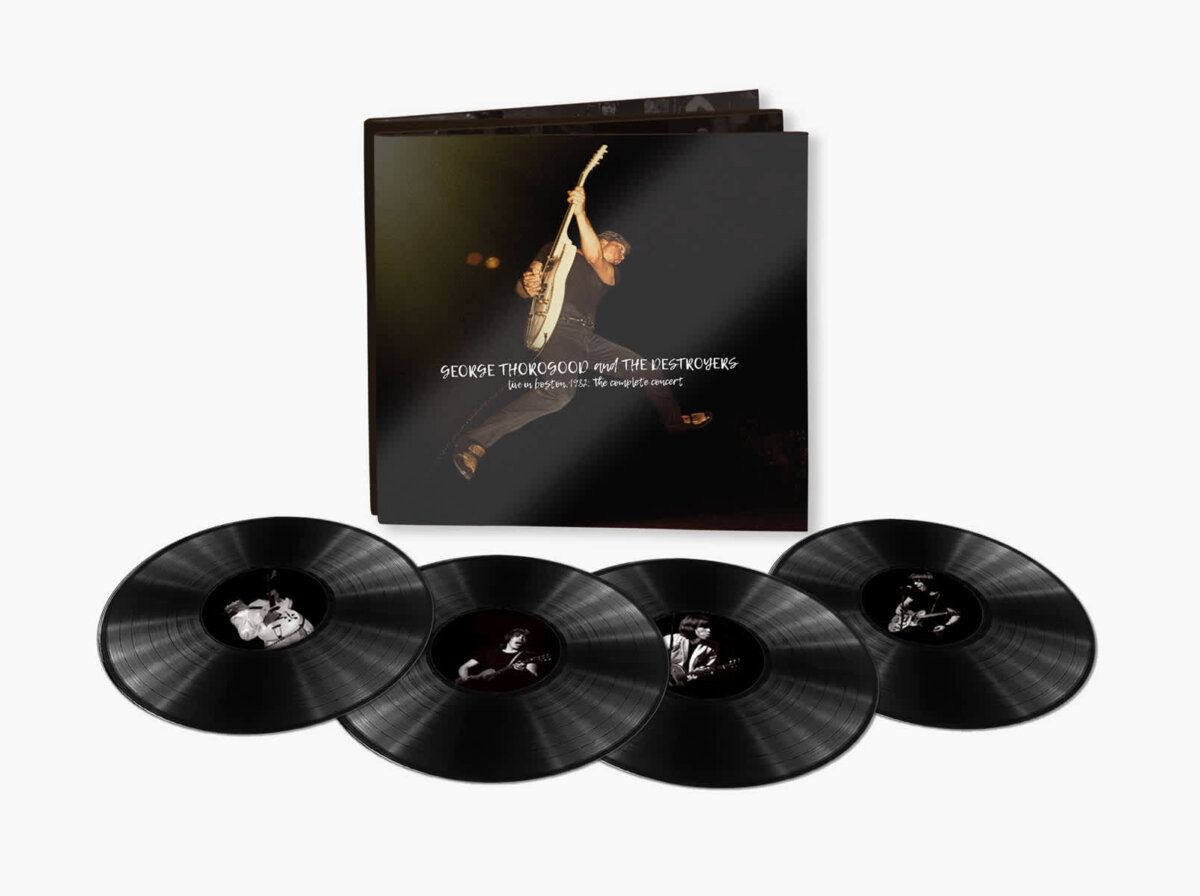 1. One Bourbon, One Scotch, One Beer
2. As the Years Go Passing By

1. Spoken Introduction: Audience Participation*
2. Same Thing*
3. Bad to the Bone*
4. Move It on Over
5. Wild Weekend
6. Nobody but Me

George Thorogood – Party Of One