As many people who’ve seen him live can attest, Gary Clark Jr. is one of the brightest rising stars in music. The release of his Bright Lights EP won him accolades from fans and critics alike, and finally on Oct. 23, the Austin-based singer/songwriter/guitar virtuoso will be releasing his debut album for Warner Bros. Records. The album, for which the title and track-listing will be announced soon, was produced by Gary Clark Jr. and Mike Elizondo, who is known for his work with Mastodon, Fiona Apple, Dr. Dre, and many others.

With an unpredictable and musically diverse live set that varies based on Clark’s mood and the vibe he gets from the audience on any given night, the Austin native has received tremendous critical praise, with The New York Times opining that he “may be the next Hendrix.” Rolling Stone observed, “Owing as much to Kurt Cobain and the Ramones as Buddy Guy and John Lee Hooker, indebted to hip-hop and psychedelia, his shape-shifting calling card EP is grounded in tradition while standing on the brink of change.” “Gary Clark Jr. cuts through a stunning blend of rock and soul. Clark can sing some sweet R&B, but at heart, he’s a blistering blues-rock guitarist who’s about to blow up big,” said NPR.

While fans eagerly await Clark’s debut full-length, they can snap up Clark’s acclaimed THE BRIGHT LIGHTS EP, as well as an exclusive 12″ vinyl single, Gary Clark Jr. Presents HWUL Cuts Vol. I that contains two previously unreleased live tracks, “If You Love Me Like You Say” and “Bright Lights.”

Below, you can watch Clark performing his song “Bright Lights” on the Late Show with David Letterman late last year. 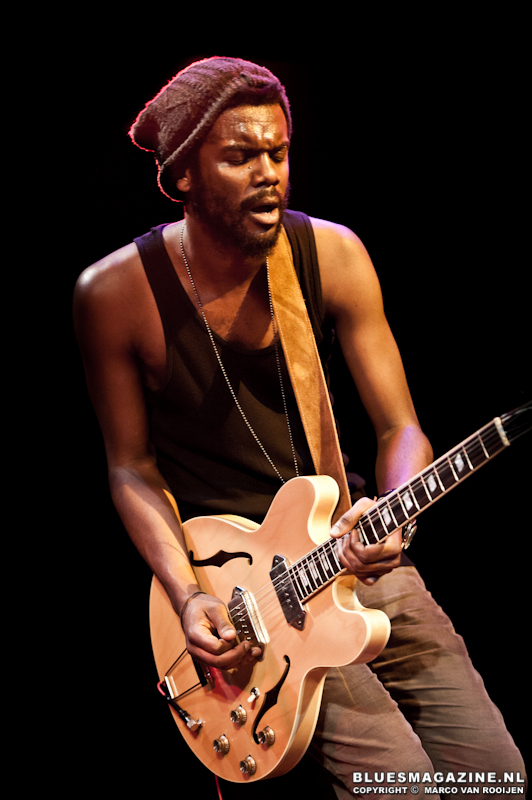