After their extraordinary sold-out three-nights at Madison Square Garden last year, Eric Clapton and Steve Winwood are set to release a 2-disc CD/DVD of their amazing performances on May 19, 2009 from Reprise Records.
A Blu-Ray version will be released in June!

The rock legends took the stage together for just three concerts in a highly anticipated collaboration, performing a string of hits that included Blind Faith’s “Presence of the Lord,” and “Can’t Find My Way Home,” in addition to Clapton’s classics “After Midnight,” “Tell the Truth,” and “Crossroads” and Steve Winwood’s “Dear Mr. Fantasy” and “Glad.” The limited edition CD/DVD set also includes “The Road to Madison Square Garden,” an exclusive documentary which features interviews with both men, as well as rare footage and photographs of Cream, Traffic and Blind Faith. Bonus performances on the DVD include “Lowdown,” “Kind Hearted Woman” and “Crossroads.”

Both Winwood and Clapton have long and prestigious musical careers with countless honors and awards to their names. Their musical paths connected in 1969 with the formation of Blind Faith, a group that pioneered the fusion of rock and blues into tremendous studio and stage success. Despite critical and popular acclaim, the band was short-lived with only one album and a brief 1969 tour that debuted July 12 at Madison Square Garden and ended August 24th in Hawaii. Since that final show, Winwood and Clapton have remained friends, but had only performed together a few times over the years for an occasional song at a charity event. The 2008 Madison Square Garden shows were the first full Winwood-Clapton concerts in 40 years.

Steve Winwood is currently signed to Columbia Records and released an album of new music, NINE LIVES in 2008. Eric Clapton’s compilation album, COMPLETE CLAPTON was released in 2008 on Reprise Records. 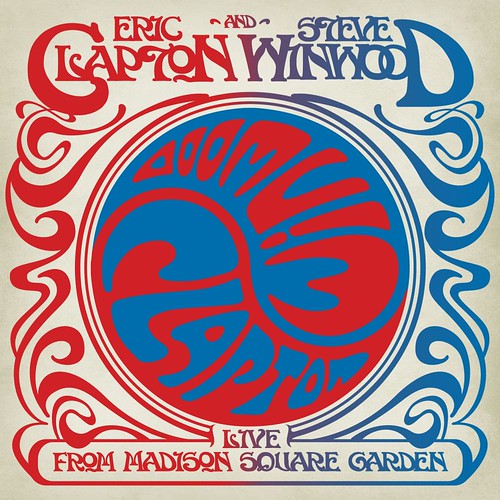 DVD Disc Two
The Road To Madison Square Garden, an exclusive documentary featuring new interviews with Eric and Steve, together with rare footage and photographs of Cream, Traffic and Blind Faith.

Eric Clapton & Friends: The Breeze, An Appreciation of JJ Cale