Elles Bailey – Shining in the half light 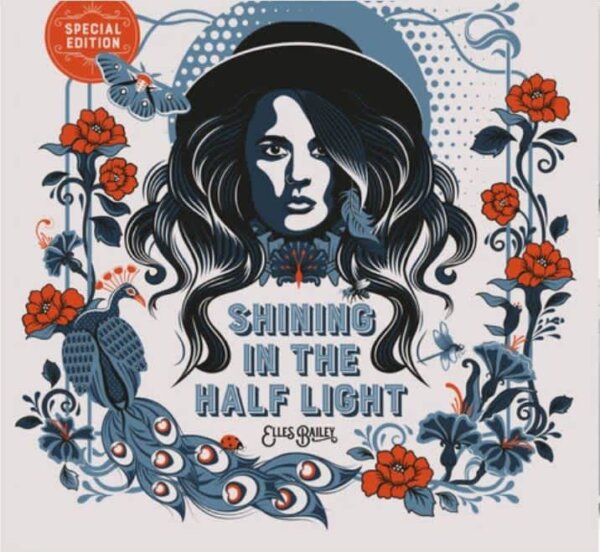 Shining in the Half light is Bailey’s first full length album recorded in the UK & feature’s Joe Wilkins on Guitar, Jonny Henderson on Ivories, Matthew Waer on Bass duties and Matthew Jones on drums.

It was recorded in deepest Devon in December 2020 at Middle Farm Studios and produced by Dan Weller, best known for his long working relationship with Enter Shikari.

Post recording Road I Call Home, Elles wanted to her next record to feature ‘gospel style vocals’ so in steps Izo Fitzroy, an incredible artist in her own right, who arranged the stunning background vocals on Shining in the Half Light, and performed them alongside Jade Elliot and Andrusilla Mosley.

The first offering ‘Cheats & Liars’ from Elles new album Shining in the Half Light due in 2022 dropped August 20th and has earned airplay and critical praise. The single enjoyed a world exclusive on ‘The Blues Show with Cerys Matthews’, on BBC Radio Two and was added to Planet Rock’s A List and was the most played track on Planet Rock in September 2021.

2022 is looking bright – a brand new studio record, touring Europe and joining Joe Bonamassa on his Keeping The Blues Alive at Sea Cruise. Miss Bailey really does call the road home & when she arrives near you, don’t think twice, get there. A great evening and a long musical friendship will be waiting.