DUDLEY TAFT – Screaming In The Wind

DUDLEY TAFT
Screaming In The Wind 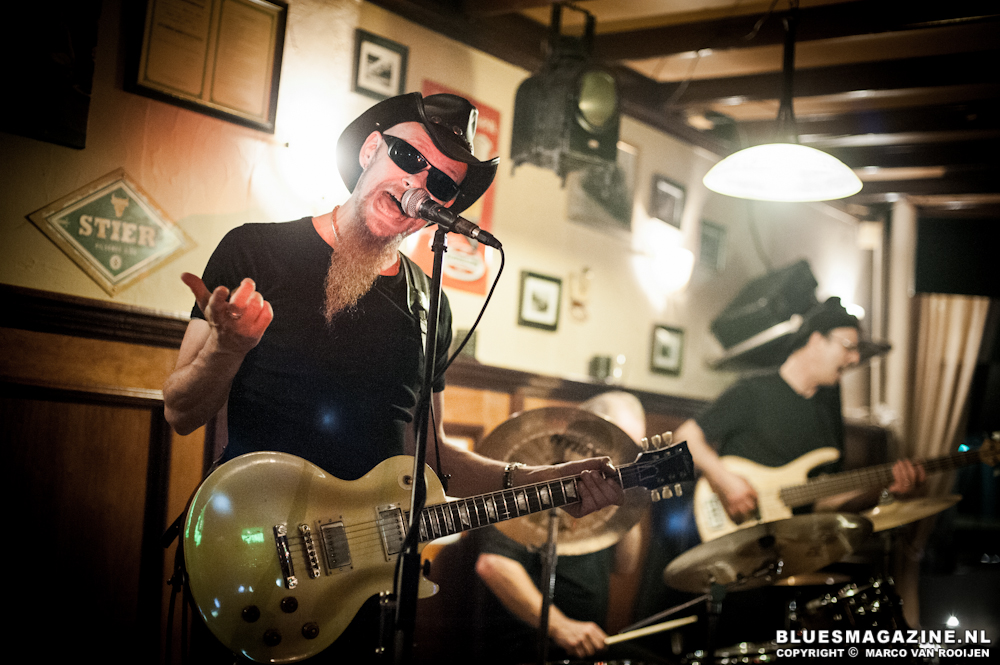 Blues-rock guitarist Dudley Taft announces a May 20 release date for his new CD, Screaming in the Wind, on his American Blues Artist Group label. The new album was produced by Grammy-winnerTom Hambridge, best-known for his work with Buddy Guy, Susan Tedeschi, GeorgeThorogood and Johnny Winter, and recorded at The Switchyard and Rendering Plantin Nashville, as well as Taft’s new Muchmore Studio in Cincinnati. The newrecording facility is part of the house and property Dudley recently purchasedfrom legendary guitarist Peter Frampton.

The new CD features a dozen songs, most of which areoriginals penned by Dudley Taft, including several co-written with TomHambridge (who also plays drums on a couple tracks) and Richard Fleming, plusscintillating covers of songs by Skip James (“Hard Time Killing Floor Blues”)and Freddie King (“Pack It Up”).

“Screaming in the Wind is my third solo effort and the firstalbum I’ve done produced by someone outside the band. Several songwritingsessions in Nashville with producer Tom Hambridge and songwriter RichardFleming helped the songs take shape before recording them,” says Taft. “It wasrefreshing to work with other great songwriters for the first time, and itgives Screaming in the Wind a different flavor.”

Taft’s regular band of John Kessler on bass and JasonPatterson drums is augmented by the addition of former Stevie Ray Vaughankeyboard player Reese Wynans on the sessions. “Reese plays some wicked B3 organon the CD,” exclaims Taft. “He really shines on a bunch of the songs, elevatingthem to levels I never imagined. Check out his ripping solo on ‘The Reason Why’.”

Other special guests on Screaming in the Wind include the acclaimedMcCrary sisters, who bring their smooth gospel harmonies to the song “Barrio,” whilethe Muscle Shoals Horn Section shines on “Pack It Up.”

“So far, I have done a Freddie King song on every CD, andthis was no exception,” states Taft. “I love the funky vibe and tightarrangement of ‘Pack It Up.’ We poured gasoline on it and lit a match.”

The title track of the album started as a custominstrumental riff Taft did for the “American Blues Scene” website. “They toldme it should be a song,” he recalls, “and I think it may have turned out to beone of the strongest on the album. Tom Hambridge and I worked hard to find thekey imagery in the lyrics to tell the story.”

“The riff from Skip James’ ‘Hard Time Killing Floor Blues’got stuck in my head last year,” Taft remembers. “I thought giving it a Led Zeppelin‘Black Dog kind of interpretation would make it fresh.”

The final song on the CD, “Say You Will,” has what Taft calls“an epilogue, where the gears shift and a David Gilmour influence surfaces,taking the listener off into oblivion. That was such a fun track to record!”

Dudley Taft’s last CD, Deep Deep Blue, released in May,2013, received universal acclaim from fans and critics alike, including beingnamed on several “best of” lists at the end of that year. He will support thenew CD release with touring both in the U.S. and overseas, where he already has a European tour planned in May and June that will take him to the Netherlands and Germany.