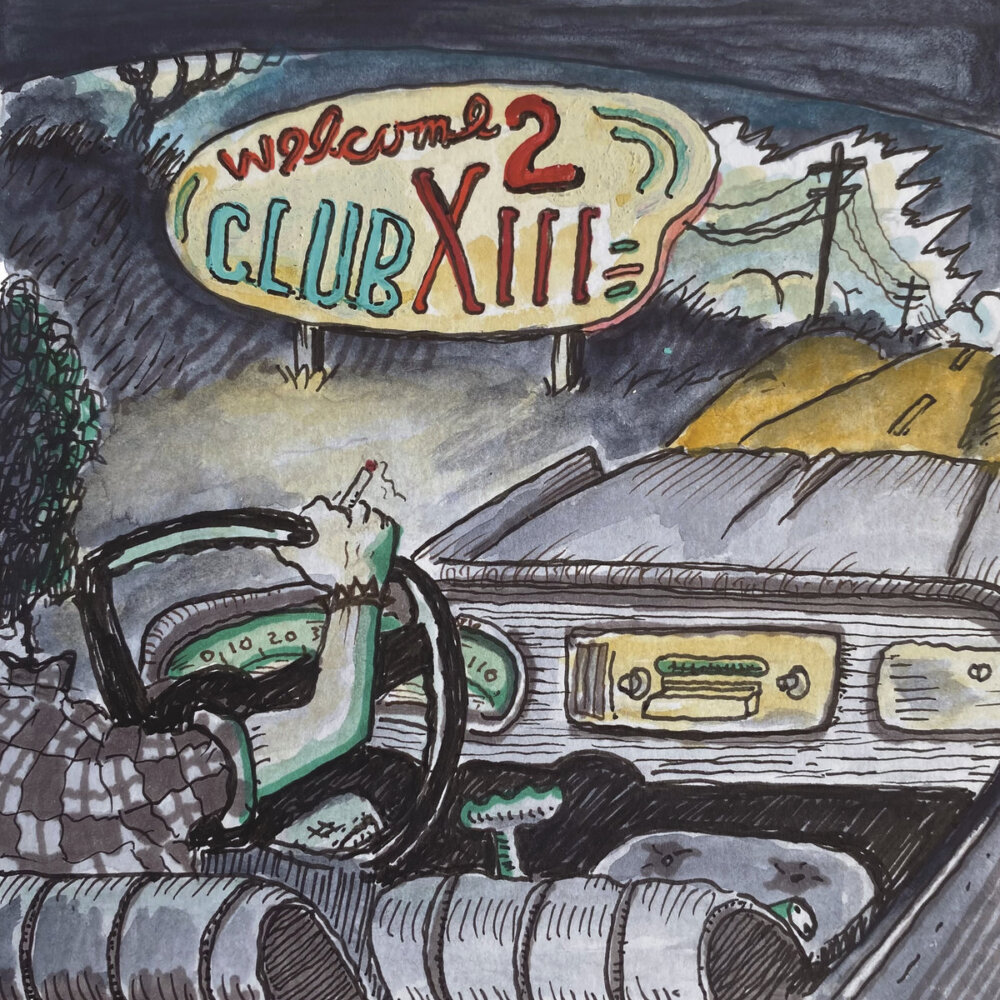 On the title track Drive-By Truckers pay homage to the Muscle Shoals honky-tonk where founding members Patterson Hood and Mike Cooley got their start (more than 35 years ago): a concrete-floored dive lit like a disco, with the nightly promise of penny beer and truly dubious cover bands. “There were no cool bars in town and Club XIII was the best we had. But it wasn’t all that good, and our band wasn’t particularly liked there”, says Hood, referring to the vocalist/guitarists’ former band Adam’s House Cat. “From time to time the owner would throw us a Wednesday night or let us open for a hair-metal band we were a terrible fit for, and everyone would hang out outside until we were done playing. It wasn’t very funny at the time, but it’s funny to us now”. The 14th studio album from Drive-By Truckers, whose line-up also includes keyboardist/guitarist Jay Gonzalez, bassist Matt Patton and drummer Brad Morgan, “Welcome 2 Club XIII” looks back on their formative years with both deadpan pragmatism and profound tenderness, instilling each song with the kind of lived-in detail that invites bittersweet reminiscence of your own misspent youth.

Produced by longtime Drive-By Truckers collaborator David Barbe and mainly recorded at his studio in Athens, Georgia, the album took shape over the course of three frenetic days in summer 2021 – a doubly extraordinary feat considering that the band had no prior intentions of making a new album. “We had some shows coming up and decided to get together and practice, since we hadn’t even seen each other in a year and a half because of the pandemic”, Hood recalls. “We started demoing song ideas, and pretty soon we realized we had a whole record. It was all sort of magical”. All songs were recorded live with most songs cut in one or two takes, fully harnessing the band’s freewheeling energy. “For us it’s always about just getting together and having fun, but this time there was the added feeling of being set free after a long time of wondering if we’d ever get to do this again”, notes Cooley.

Arriving as the band enters its 26th year, “Welcome 2 Club XIII” marks a sharp departure from the trenchant commentary of “The Unraveling” and “The New OK” (both released in 2020). “All our records are political to some extent, but after making three overtly political records in a row we wanted to do something much more personal”, says Hood.