“I Know it’s a common cliché but I truly believe this is my best ever work. I am more proud of this record than anything I have ever done. I invested more emotion, blood, sweat and tears on this project then ever before.”– Danny Bryant

Recorded in little over 2 weeks in April of this year and drawing on songs that Danny wrote on the road during 2013, ‘Temperature Rising’ is an album full of his wailing signature guitar with deeply wrought intensity and heartfelt ballads. It’s an album by an artist with over 14 years touring behind him and enough personal experiences to transpose them effortlessly into songs.

“Richard Hammerton and I met up three or four times in the lead-up to the recording,”says Bryant. “We did some pre-production and cut some demos together. We looked at the arrangements etc and pushed ideas back and forth. I love working with Richard, the moment he hears even a snippet of a raw demo, it’s almost as if he can see the whole song there and then in completed fashion. He has such great vision! He allows me to be myself, and to create the kind of album that I want.”

The young guitar protégé has grown up. Danny’s nascent maturity is evidenced in the way he builds his musical vision with broad-brush strokes, without losing any of his essential fire.

He was always destined to be a road hardened blues-rock warrior, since being mentored by Walter Trout and touring Europe in the company of Mick Taylor, Santana Buddy Guy etc., before signing with Rounder records. And while each album has been like a chapter in an ever-evolving story, it’s since signing with the Jazzhaus label that he’s enjoyed the kind of backing and focus needed to match his unquenchable thirst for blues-rock.

Bryant’s career had been steadily building on the old school conveyor belt of relentless touring and recording, while building audiences with explosive performances alongside his recently retired dad Ken Bryant on bass (now superseded by Alex Phillips) and drummer Trevor Barr.

The studio albums were always solid and dependable, but up until ‘Hurricane’ they offered only fleeting glimpses of his considerable live potential. But since he rekindled a relationship with producer Richard Hammerton – they last worked together in 2005 whilst recording a session with Danny’s mentor Blues legend Walter Trout – things have started to happen. It’s a synchronistic relationship, which Danny explains as having grown through a mix of trial, error and planning.

Says Bryant, “When we first hooked up again two years ago to record Hurricane, Richard’s first question to me was ‘what sort of angle do you want to take? What sort of album do you want to make?’ He wasn’t interested in making a straight ahead generic blues record and neither was I. He was very keen to work the project if we could bring real songs to the table and make a modern ‘produced’ Blues/Rock record. Adding in all of my influences and creating something that was ‘me’. So in a lot of ways recording this album felt like a continuation of those previous sessions. We learned a lot on the last album and we brought that experience to the table for ‘Temperature Rising’.”

The opening track ‘Best of Me’ is notable for the organ layered, stuttering rhythm, an expansive wah-wah break and an echo tinged tough vocal.

The sledgehammer blues-rock of ‘Take Me Higher’ pushes Danny’s into Zeppelin territory with big drums, another tough vocal and a perfunctory cutting edge ending, while the later high octane ‘Mystery’ sounds like a fun, ‘live in the studio’ splurge, on a piano-led, guitar driven wig out.

“We cut both of those tracks live with the rhythm section, recalls Bryant. “I played rhythm guitar, but the solos and vocal came after.” 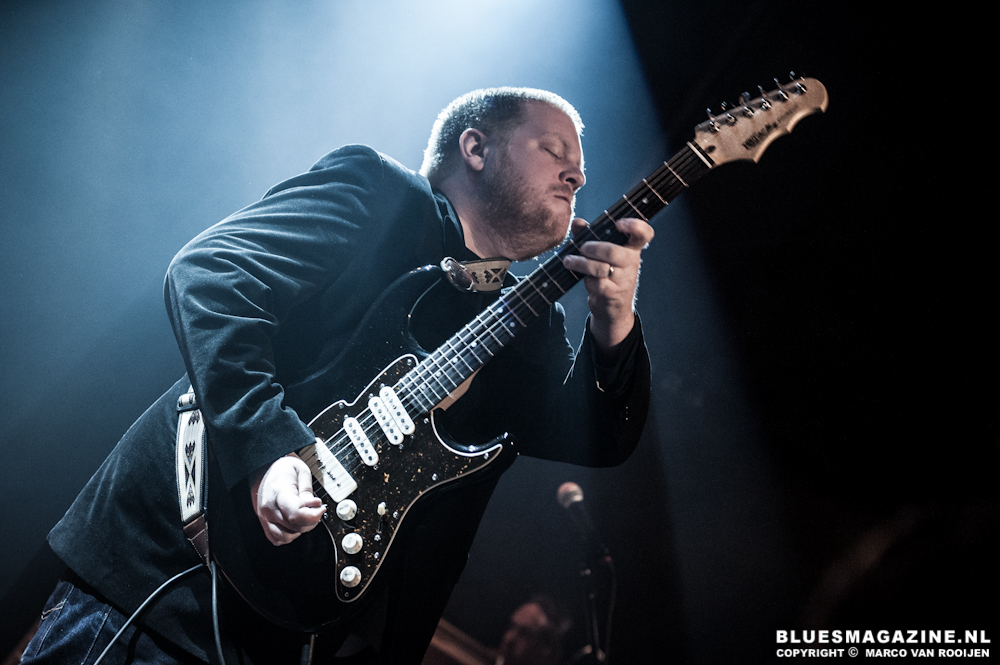 [notification type=”darkblue”] Download free MP3 of the new song “Nothing At All”
www.dannybryant.com/free-download[/notification]

Danny pours all his combined talents into a powerful album full of passionate playing and emotive vocals. It’s all subtly shaped by a sinuous production that pays as much attention to the micro concerns of hooks, resonant guitar sounds and phrasing, as it does to the ebb and flow of the sequencing.

‘Nothing At All’ is a primo, piano led slice of rock & roll, while in sharp contrast ‘Together Through Life’, is a gently nuanced ballad voiced over a featherbed of layered synths, tinkling piano and acoustic, proving once again there no substitute for a decent melody with ocean wave chord changes.

The songs are given their depth by an attention to detail that stands in counterpoint to Danny’s previous bluster. There’s the slide guitar part on the hook of ‘Higher’, the volume swells and drum pattern on ‘Time’ and the unexpected sax on the aptly titled ‘Razor Sharp’,

The acoustic-to-electric melodic title track features subtly layered instrumentation with a big sonic quality that evokes Danny’s lyrical meaning, while ‘Time’ has plenty of variety and a constant search for new ideas.

For a blues-rocker Danny still has always had an eye for rootsy tinged material.

“Sometimes I have to reign in that style a little as the people who come to my live shows are predominantly the blues-rock crowd and I want the albums to always reflect what we create live,”says Bryant. “Lots of the solo’s and vocals on this record were first or seconds takes, that way you keep the spontaneity, that fiery raw edge.”

Best of all is slow building ballad ‘Gun Town’, on a perfect meeting of raw gut emotion, lyrical acumen and subtle band interplay as Danny soars on his guitar. “‘Gun Town’ was the first song I wrote for this album, it was a way in so to speak and it’s my favourite,”says Bryant.

He’s never sounded better than on this track with its crying guitar tone and a polished arrangement that is closer to Mark Knopfler than his usual style.

“The song came about because of my love for reading blues history books,”says Bryant. “Initially, the idea came from reading Honey Boy Edwards ‘The World Don’t Owe Me Nothing’, which is all about his travelling around the USA in the 30’s, 40’s and 50’s, living through playing his guitar, hustling and living day to day. It’s a snap shot into a life that no longer exists.”