Ask Danny Bryant about the events of September 17th, 2011, and it all comes flooding back. The nerves in the morning. The soundcheck. The stampede of feet as the hardcore arrived. The snatched moments of calm in the wings, flanked by his Redeye band mates, waiting for the compere’s announcement, and finally, the walk from the shadows into the spotlight.’Night Life’ is branded onto his memory.
With a tour diary that fires him across Europe for 150-plus shows each year, this after-hours world of humming amps and cheering strangers is Danny’s natural habitat and the only life he knows. Still, he’ll admit that this show is a special moment in a thirteen-year ascent.
It’s a long way from ’80s Hertfordshire to the epicentre of the post-millennial British blues boom, but Danny Bryant has always walked his own path. In the age of the quick-fix celebrity, the TV talent show and the marketing campaign, there’s an old-fashioned secret to his slow-burning success. Raw talent. Hard work. Touring. Sacrifice. For the 31-year-old bandleader, this isn’t a ‘job’, but a quest to seize the blues-rock baton of his heroes.
From the moment that Danny strides onstage and tears into “Tell Me” on his cherished Fret-King electric, this is a snapshot of a modern blues titan performing at full-throttle. Seamlessly, he moves between the neck-hair-tingling intro to “Love Of Angels”, the powerhouse riffs of Heartbreaker and the heartfelt lilt of “One Look”, drawing on his catalogue of classics for the benefit of a crowd that had crossed continents to share in the music. “I feed off the crowd,” he admits, “and if they’re good, it makes the gig.”
Indeed, it’s testament to the strength of Danny’s self-penned material that these songs stand shoulder-to-shoulder with cover versions of Bob Dylan, Buddy Guy and John Hiatt. Yet the climax of the night is all his own, as he reaches “Always With Me” and pushes the performance over the edge, violining volume dials, wrenching feedback from his Marshall stack, slapping hands on the fretboard in a starburst of primal expression. It’s a thrilling spectacle. 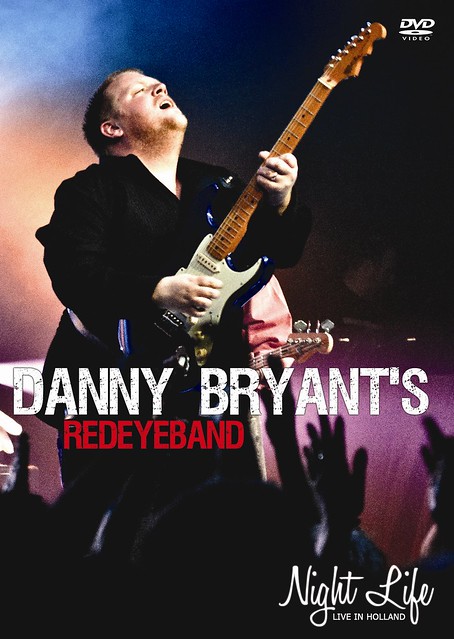 DVD/CD official release is set for March 6th (in shops/online) but will be available to buy at gigs from the end of January :