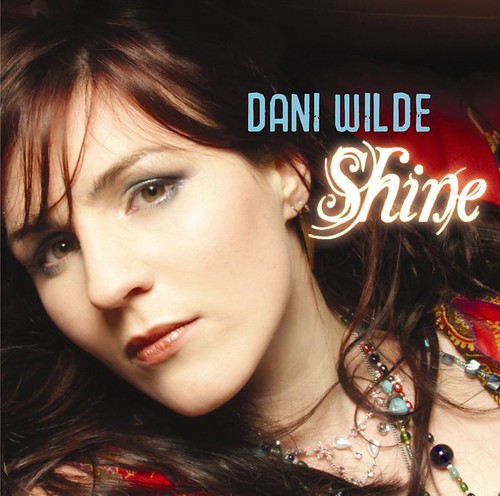 British Blues and Soul artist Dani Wilde is set to take the world by storm with her long awaited 2nd album ‘SHINE’! The new record, produced by British Blues Legend Mike Vernon really has captured the soulful blues songstress at her very best!

With her second international release, Shine, young British musician Dani Wilde does exactly what the title says.
Her newest album pulsates with a warmth, energy and maturity that belie her years. Following upon her breakthrough Heal My Blues from 2008 and her eye-opening performances on that year’s Ruf Records Blues Caravan tour, Wilde now proves she’s a true triple threat as a singer, guitarist and songwriter. She penned nine of the eleven tracks herself, and uses them as a vehicle to tell stories that go far beyond the tried-and-true blues formula.
Prime examples include the dark emotion she inhabits on “Don’t Give Up On Me,” the touching minor-key lament “Abandoned Child,” the defiant exuberance of the breakaway tale “I Don’t Even Care” and the exquisite drama of the Aretha Franklin-inspired “How Do You Do It.”
Blues aficionados will feel a Howlin’ Wolf current running through “Born to Love Him” and shiver and shake as Wilde turns up the heat on “Red Blooded Woman.” The Rolling Stones’ classic “Miss You” gets a very bluesy reading with Dani’s little brother Will ‘Harmonica’ Wilde handling the harp riff made legendary by Sugar Blue over 30 years ago. Throughout, Wilde displays an uncanny knack for blending old-school Chicago blues with contemporary soul sounds. Her vision: to bring British blues back to the younger generation.
Under the guidance of renowned producer Mike Vernon (John Mayall, Eric Clapton, Fleetwood Mac), Wilde employs a large and diverse band anchored by bassist Roger Innis (Chaka Khan) and drummer Jamie Little, and featuring keyboard veteran Pete Wingfield (Chris Rea, Buddy Guy). Horn players Martin Winning and Matt Holland are both veterans of the Van Morrison Band. Wilde shares guitar duties with fellow Englishmen Stuart Dixon and Ben Poole (winner of Total Guitar magazine’s most recent “Guitar Wars” competition) as well as California girl Laura Chavez, who made a lasting impression on the 2008 Blues Caravan tour and has since built a strong reputation on both sides of the Atlantic.
This deep pool of talent helps bring Wilde’s bluesy stories to life and allows her to sing them with depth and feeling. To give her heart and soul to the music. To do just what the title says. To shine.