Classic Led Zeppelin songs reimagined on “All Wood and Led” 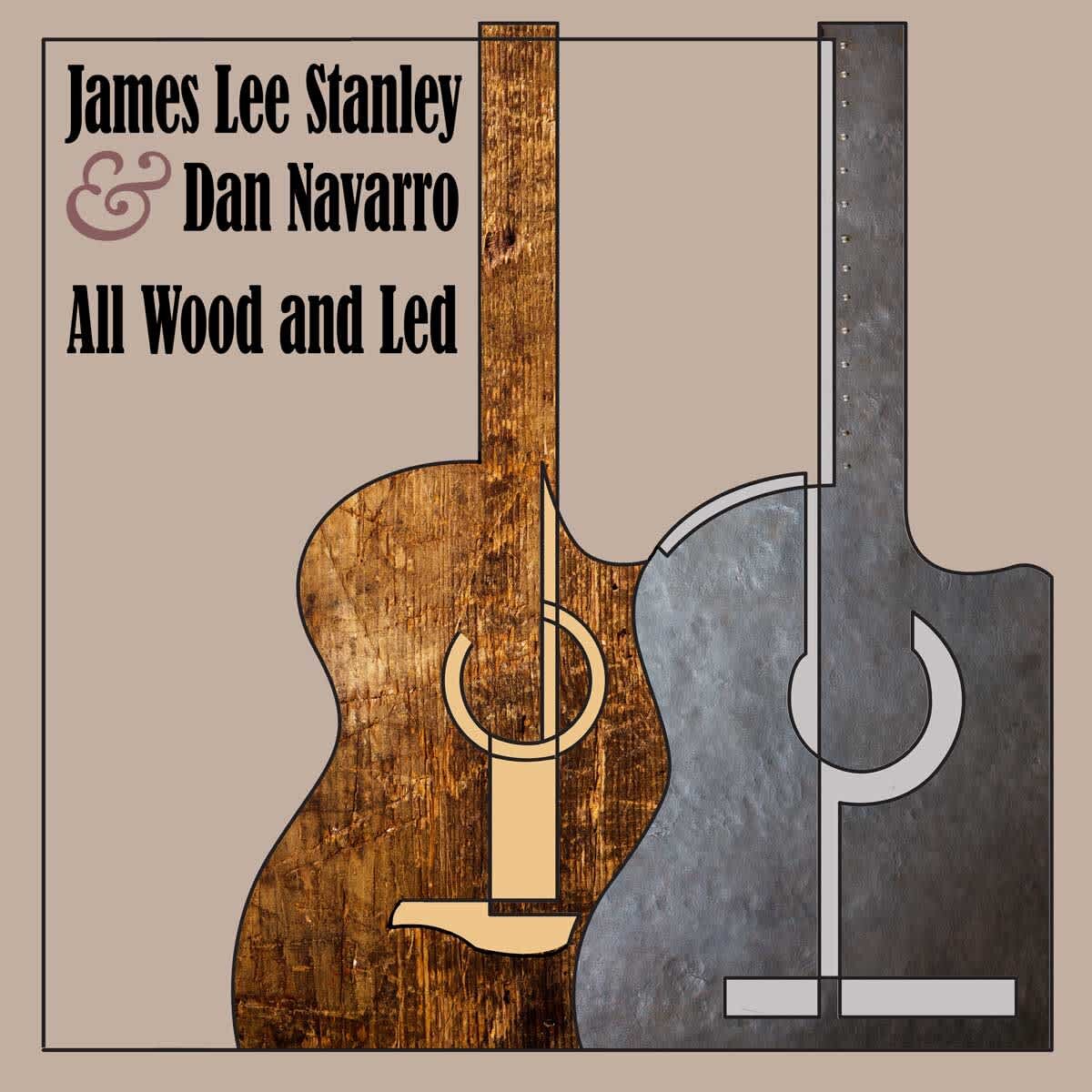 Beachwood Recordings is proud to present, All Wood and Led, the fourth in the celebrated acoustic series created by James Lee Stanley to honor the greatest bands in rock and roll. In the tradition of All Wood and Stones I and II, and All Wood and Doors (with appearances by both Robby Krieger and John Densmore) comes All Wood and Led.

Imagine if the members of Led Zeppelin lived in Laurel Canyon in 1967 with neighbors like Stephen Stills and Joni Mitchell; David Crosby and Roger McGuinn. That is exactly what James Lee and Dan Navarro (late of Lowen & Navarro fame) did. They didn’t just cover these classic Led Zepplin songs, but entirely reinvent them.

It was a daunting task to maintain the respect and integrity for the band and the material and yet come up with something brand new and utterly their own but that is what Stanley & Navarro have done. All the guitars and vocals are by James Lee Stanley and Dan Navarro. The bass by the unbelieveable Chad Watson and the inimitable Washington “Smowdown” Tahr on drums… A tour de force of musicians working at the peak of their powers.

“In 2003, I was one of three songwriters invited on to the band stage at a friends wedding: Rod McDonald, George Merrill and me. Once there, we realized that we only sang our own songs…what could we do together? Rod McDonald started singing Ruby Tuesday and George and I immediately did two other harmonies. It sounded fantastic and the whole wedding party charged the stage enthralled.

On the way home, I decided to do a collection of classic Rolling Stones songs in an acoustic style. All Wood and Stones with my pal, John Batforf was the result. Later at a lunch with John Densmore of the Doors, he suggested that if I did the same thing to the Doors that I did to the Stones, he would play on it. That resulted in All Wood and Doors with Cliff Eberhardt. It was then that Dan Navarro (of Lowenn and Navarro fame) came to me and suggested that we do Led Zepplin in this same fashion. However life intruded and several solo CD’s and and All Wood and Stones II later, it took until 2019 for Dan and I to find the time to create All Wood and Led. You are holding in your hands the effort of two years and hundreds of studio hours finding just the right approach to re-invent the songs of one of the most successful bands in rock history, Led Zepplin.

We hope that you enjoy these reinterpretations, as we didn’t have any interest in covering the songs. With absolute respect and admiration, we wanted to bring our own sensibilities to these songs. Imagine if Led Zepplin lived in Laurel Canyon in 1967 and you will see what we are presenting here. Dan and I did all the vocals and guitars, with our pal Chad Watson on bass, Washington “Smowdown” Tahr on percussion and the Phantom Airman on cello.”