With Mississippi Son, Charlie Musselwhite shines a glorious spotlight on the blues he first fell in love with, and delivers extraordinary, moving performances that come straight from his deep South soul. 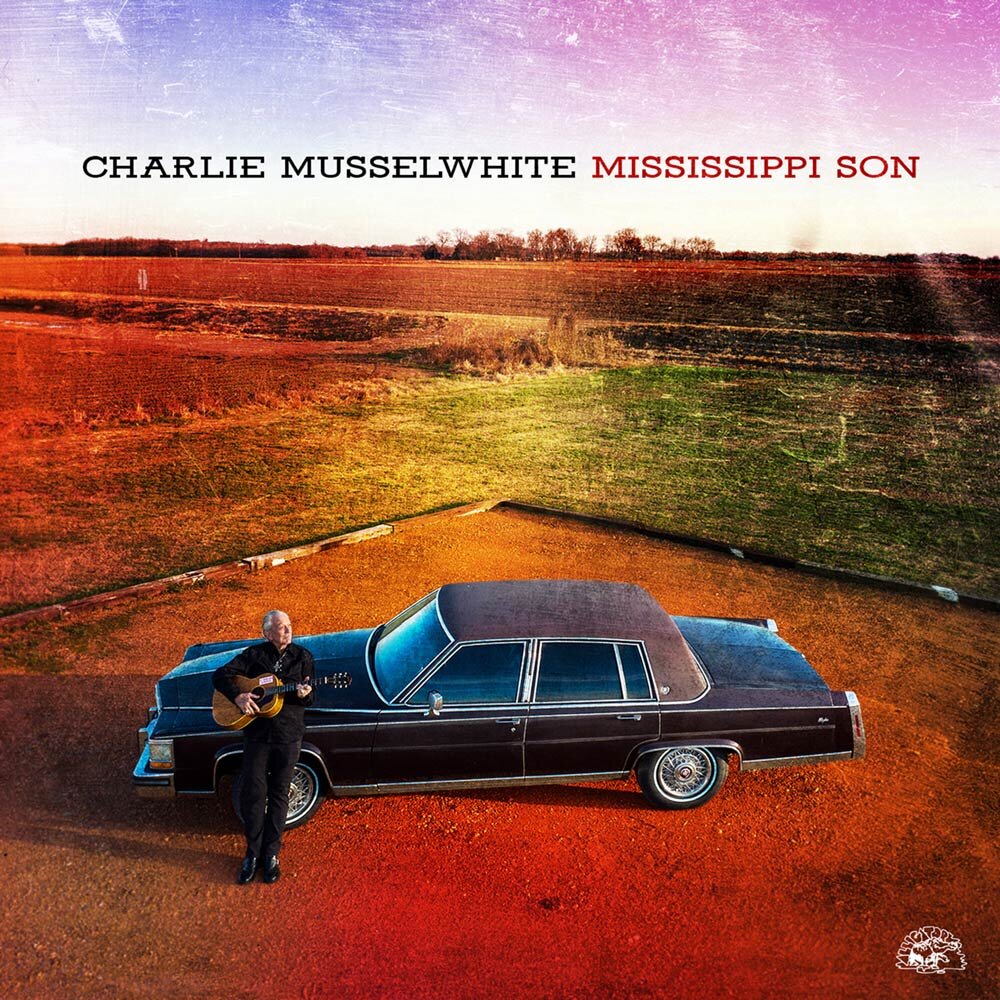 Mississippi Son is the new recording by a venerated legend of the blues, Charlie Musselwhite. Charlie’s been recording since the 1960s, and has cut almost 40 albums. But this one is special. Rather than featuring his brilliant, endlessly creative harmonica playing backed by a full electric band, Mississippi Son focuses on Charlie’s deep-in-the-Delta guitar playing (both acoustic and electric) and his soulful, sly storyteller’s vocals. His famed harmonica and a subtle rhythm section join with his guitar and voice to enhance some of the tracks. Mississippi Son will be released on June 3, 2022 on Alligator Records.

Charlie has just moved from California back to Clarksdale, Mississippi, and this back-to-the-roots album is a loving celebration of his Mississippi blues heritage. He’s included songs by iconic country bluesmen Charley Patton, Big Joe Williams and Yank Rachell, as well as eight arresting originals steeped in the tradition. Mississippi Son is Charlie’s most intimate and nuanced record.

Few other people have such a deep knowledge and love for Delta blues. Charlie was born in Kosciusko, Mississippi and raised there and in Memphis. He learned at the feet of legends like Furry Lewis, Gus Cannon and Will Shade, and, after moving to Chicago as a young man, from his friend, playing partner and roommate, the often-irascible Big Joe Williams (to whom he dedicates a song on this album, recording with one of Joe’s guitars). Charlie had no thought of becoming a professional blues musician. He simply loved the music and wanted to absorb and understand not just the techniques and styles of the old masters, but also the hardscrabble life experiences that inspired their songs, as well as the attitude which they brought to their performances and to their daily lives.

It was only after coming to Chicago in the early 1960s that Charlie started focusing on his harmonica playing, under the tutelage of the great Big Walter Horton. Charlie became a popular local musician and recorded with Big Walter on the famed Chicago/The Blues/Today! series on the Vanguard label. The success of those records led to his being signed by Vanguard and cutting his first album, Stand Back! Here Comes Charley Musselwhite’s South Side Band. That was the album that launched his career, a career that has lasted almost 60 years and produced nearly 40 albums and thousands of gigs around the world. Charlie left Chicago, traveled the world and settled down in Northern California. But his Mississippi roots kept calling to him, leading to his recent move to Clarksdale and the recording of this album in a Clarksdale studio.

With Mississippi Son, Charlie Musselwhite shines a glorious spotlight on the blues he first fell in love with, and delivers extraordinary, moving performances that come straight from his deep South soul.

The Grammy award for best Blues album 2013: Ben Harper & Charlie Musselwhite – Get Up!