Recorded in 1968 when the Belfast-bred, blues-rock music legend Van Morrison was just 22 years old, Astral Weeks immediately received critical acclaim and continues to be cited as one of the greatest albums of the rock era. Subsequently the album has been ranked on numerous Best Albums of All Time lists, including #19 on Rolling Stone’s 500 Greatest Albums of All Time and the 40th Greatest Album Ever on VH-1’s list in 2003. Both Astral Weeks and Moondance (Morrison’s next album) were inducted into the Grammy® Hall of Fame.

Astral Weeks became a cult favorite and was seen almost as a religion to many artists. On November 7 and 8, 2008, four decades later, at the age 63, Van Morrison revisited Astral Weeks live in its entirety at the Hollywood Bowl, and delivered a jawdropping, awe-inspiring performance.

The first half of the show featured Morrison playing timeless classics that have made him a legend, while the second half was the breathtaking performance of the Astral Weeks album.Van Morrison did not simply re-create what he did 40 years ago in a NY studio, but instead took the songs to a dramatically higher contemporary level. The jazz-rooted compositions of Astral Weeks are poetic stories of young love and the quest to find one’s place in life. They were, and remain, ideal source material for musical improvisation that gives way to the sense of wonder for which Morrison has always striven. 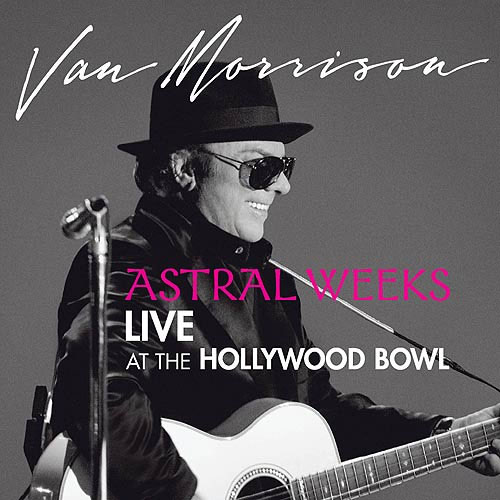 Van Morrison – Roll With the Punches