Mascot Label Group, the leading music company known for rock, blues and metal, has announced the signing of British guitarist/singer/songwriter, Davy Knowles to its Provogue record label.  At 32 years of age, Isle of Man-born Knowles can now add ‘Provogue Records Recording Artist’ to his long list of already impressive achievements.

Knowles added, “I am excited to join the ranks Provogue, a label I’ve admired and been a fan of for a long time, I feel honored to be included in their incredible roster, and am excited to knuckle down on making some great music together in 2020.”

An extensive tour schedule has ensured he has put in more than his ’10,000 hours’ on the road, including appearances with The Who, Jeff Beck, Gov’t Mule, Lynrd Skynrd, Kid Rock, Joe Bonamassa, Sonny Landreth, Peter Frampton, Joe Satriani, and the Sammy Hagar-fronted supergroup ‘Chickenfoot’ among many others. “It’s your job to be the worst player in the room, and absorb like a sponge” says Knowles of sharing the stage with his heroes.  And it’s not just his heroes he’s played for, in 2010, he became the first musician in history to play live directly to the International Space Station from Mission Control in Houston. 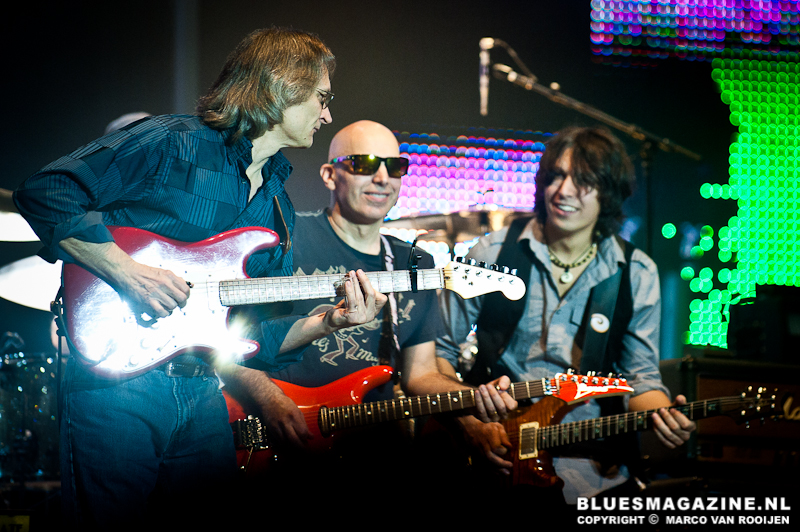 “DAVY KNOWLES HAS IMMERSED HIMSELF IN THE STYLES OF MANY GREAT PLAYERS, EMERGING WITH HIS OWN BRAND, AND PLAYING WITH A SMILE ON HIS FACE.” – BERNIE MARSDEN