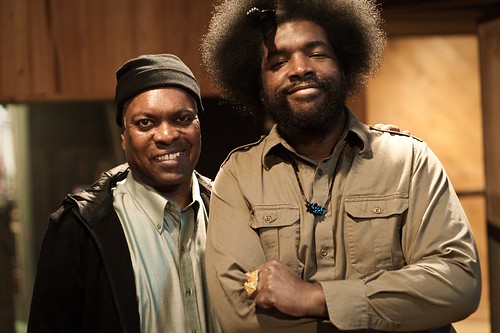 PRODUCED BY JONES WITH QUESTLOVE AND ROB SCHNAPF;
RECORDED BY DAPTONE’S GABRIEL ROTH

WITH BACKING FROM THE ROOTS AND GUEST VOCALISTS MATT BERNINGER (THE NATIONAL), YIM YAMES (MY MORNING JACKET), SHARON JONES AND LOU REED


Booker T. Jones’ historic life in music has brought him international fame, awards (he’s a three-time Grammy winner and Rock & Roll Hall of Famer), and iconic status as one of the architects of American soul music. With his new album ‘The Road From Memphis,’ due May 9 on Anti- Records, Jones traces his journey from his hometown of Memphis, TN to the world stage. The album follows Jones’ 2009 Anti- release ‘Potato Hole’ which won the Grammy for “Best Pop Instrumental Album.”

Produced by Jones with The Roots’ Questlove and Rob Schnapf (Beck, Elliot Smith), ‘Memphis’ was recorded by Daptone Records mastermind Gabriel Roth with backing by The Roots. ‘The Road from Memphis’ refers not only to Booker T’s journey but to the evolution of the soul music he helped invent as it traveled from Memphis to Detroit, Philadelphia and beyond. The music’s many iterations are represented here with a broad range of guest vocalists including Matt Berninger of the National and Sharon Jones on “Representing Memphis,” Yim Yames of My Morning Jacket on “Progress” and Lou Reed on “The Bronx.” The album also features a rare vocal from Jones himself offering a first-hand look at his hometown on “Down in Memphis.” Legendary motor-city guitarist Dennis Coffey contributes to the album as well.

Full track listing for ‘The Road from Memphis:’

Walking Papers
Crazy
Progress (feat. Yim Yames of My Morning Jacket)
The Hive
Down In Memphis
Everything Is Everything
Rent Party
Representing Memphis (feat. Matt Berninger of The National and Sharon Jones)
The Vamp
Harlem House
The Bronx (feat. Lou Reed)