Against the stunning backdrop of the Koninklijk Theater Carré in Amsterdam, blues-rock vocalist Beth Hart and world-renowned guitar hero Bonamassa are on blistering form, turning in an awe-inspiring set of scorching soul covers taken from their 2011 debut album “Don’t Explain” and the 2013 follow-up “Seesaw”, which was Grammy-nominated in the “Best Blues Album” category.

The project was born from what Hart, Bonamassa, and Bonamassa’s long-time producer Kevin Shirley call a “crazy idea” to record in a way that recalls the days when bands recorded live in the studio, with little or no overdubs; the days when the vocalist was happy when a take was done, regardless of their personal performance.

“What we’re trying to capture is an era of reaction and spontaneity – something that was a great inspiration for me as a budding musician,” explained Bonamassa. “It’s a bygone era in lieu of modern times and digital studio manipulation. We wanted to do the exact opposite of that for this live concert. There were no nets and what you hear is what was sung and played that night.”

Both Hart and Bonamassa were heavily influenced by these songs and the artists who originally performed them. “We’re doing these amazing cover songs, and what’s so great is that it shows part of what excited us and made us want to become artists when we were young and just starting out,” said Hart. “You can see that a lot of this was an influence with me, and Joe, and the other musicians, you can hear it in the way everyone plays and performs.” 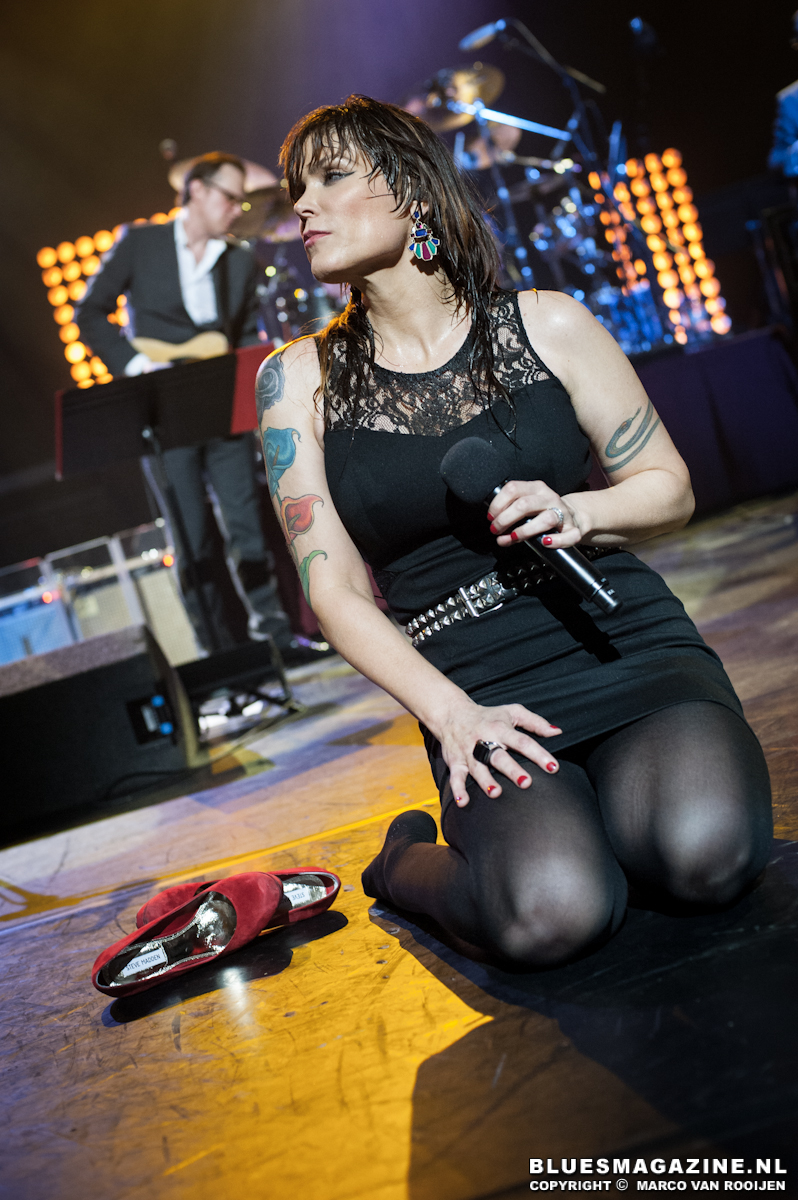 Featuring 22 songs and over two hours of bonus and behind-the-scenes footage, the sonic pairing that critics are calling a “match made in heaven” are backed by the same world class band that kept the grooves going on both the pairs’ studio albums: Anton Fig (drums, percussion), Carmine Rojas (bass), Blondie Chaplin (rhythm guitar and backing vocals) and Arlan Schierbaum (keyboards). This time out, their mighty sound is augmented by a horn section, with Lee Thornburg (trumpet and percussion), Ron Dziubla (saxophone and percussion), and Carlos Perez Alfonso (trombone and percussion).