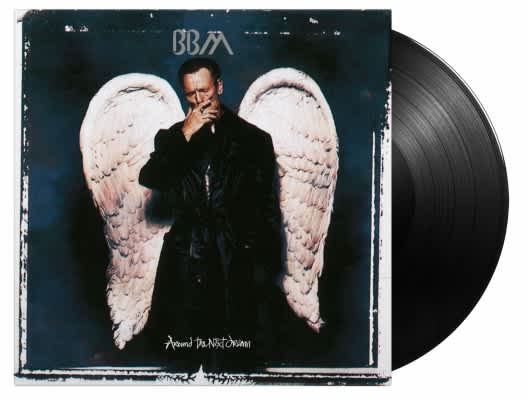 BBM (Baker Bruce Moore) was a short-lived super group consisting of Ginger Baker and Jack Bruce (Cream) and Gary Moore. As a power trio (a group consisting of one electric guitarist, one bass player and one drummer) they released just one album, Around the Next Dream. It was released through Virgin Records in 1994 and was met with generally positive reviews from music critics.

Moore wrote most of the material, to which Bruce and Baker contributed. Baker is also featured on the album cover. The album reached the top 10 on the U.K. Albums Chart, and the band went on a short U.K. tour (including some major rock festivals) in support of the release, but broke up shortly after.

Features the bonus tracks “Danger Zone,” “The World Keeps On Turnin,” the live versions of “Sittin’ On Top Of The World” and “I Wonder Why (Are You So Mean To Me?).”