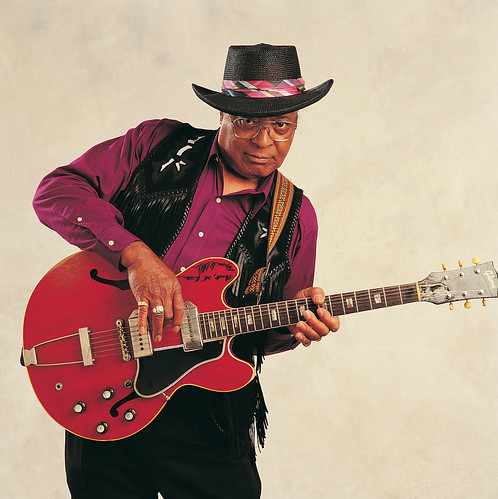 Walker was considered to be among the finest Texas/West Coast style blues guitarists and vocalists. His melodic, stinging guitar and dry, drawling voice represented the essence of the sound that he grew up with in East Texas. After his move from Texas to California in 1959, he incorporated the sophisticated, jazzy sounds of the West Coast into his playing.

Walker was born in Welsh, Louisiana on February 11, 1937, and spent his formative years in Port Arthur, Texas. Determined to learn to play guitar as a teenager, Phillip soaked up the sounds of such Texas and Gulf Coast blues stars as T-Bone Walker, Gatemouth Brown, Lonesome Sundown, Ervin Charles, Guitar Junior (aka Lonnie Brooks) and Long John Hunter. In 1954, zydeco master Clifton Chenier invited the 17-year-old Walker to join his band. After a two-year stint with Chenier, Walker moved to El Paso, where he looked up his friend Long John Hunter. They quickly became the two most talked-about artists in the region, playing rowdy, take-no-prisoners venues like the Black and Tan Bar in El Paso and the Lobby Bar in Juarez, Mexico. While Hunter remained in Juarez, Walker journeyed west to Los Angeles in 1959, after being invited by producer J.R. Fulbright to cut a single for the California-based label, Elko Records.

After recording two singles for Elko, Walker began playing regular nightclub gigs throughout Los Angeles. He quickly earned a reputation as one of the West Coast’s finest guitar players, and in 1969, he even joined Little Richard’s band for a brief period. He met producer Bruce Bromberg and Bromberg’s songwriting partner, Dennis Walker (writers and producers of Robert Cray’s hits), that same year and began an association that would carry on into the late 1980s. Together they worked on a string of singles that were released on Vault, Fantasy, Bromberg’s Joliet Records and the new Playboy label. Walker toured Europe extensively, and went on to record albums for the Japanese P-Vine label and Rounder Records. 1988’s Blues (Hightone Records) was the first to feature the Dennis Walker composition Don’t Be Afraid Of The Dark (which later became the title track of a best-selling album for Robert Cray). Walker released an album in 1992 on the British JSP label before signing with Black Top Records in 1994, cutting two successful albums. In 1999, he joined his old pals Long John Hunter and Lonnie Brooks for Alligator’s award-winning Lone Star Shootout supersession. Throughout the 2000s Walker continued recording and touring, including an October 2009 tour of South Africa. His most recent CD, Going Back Home (Delta Groove Records), was released in 2007.