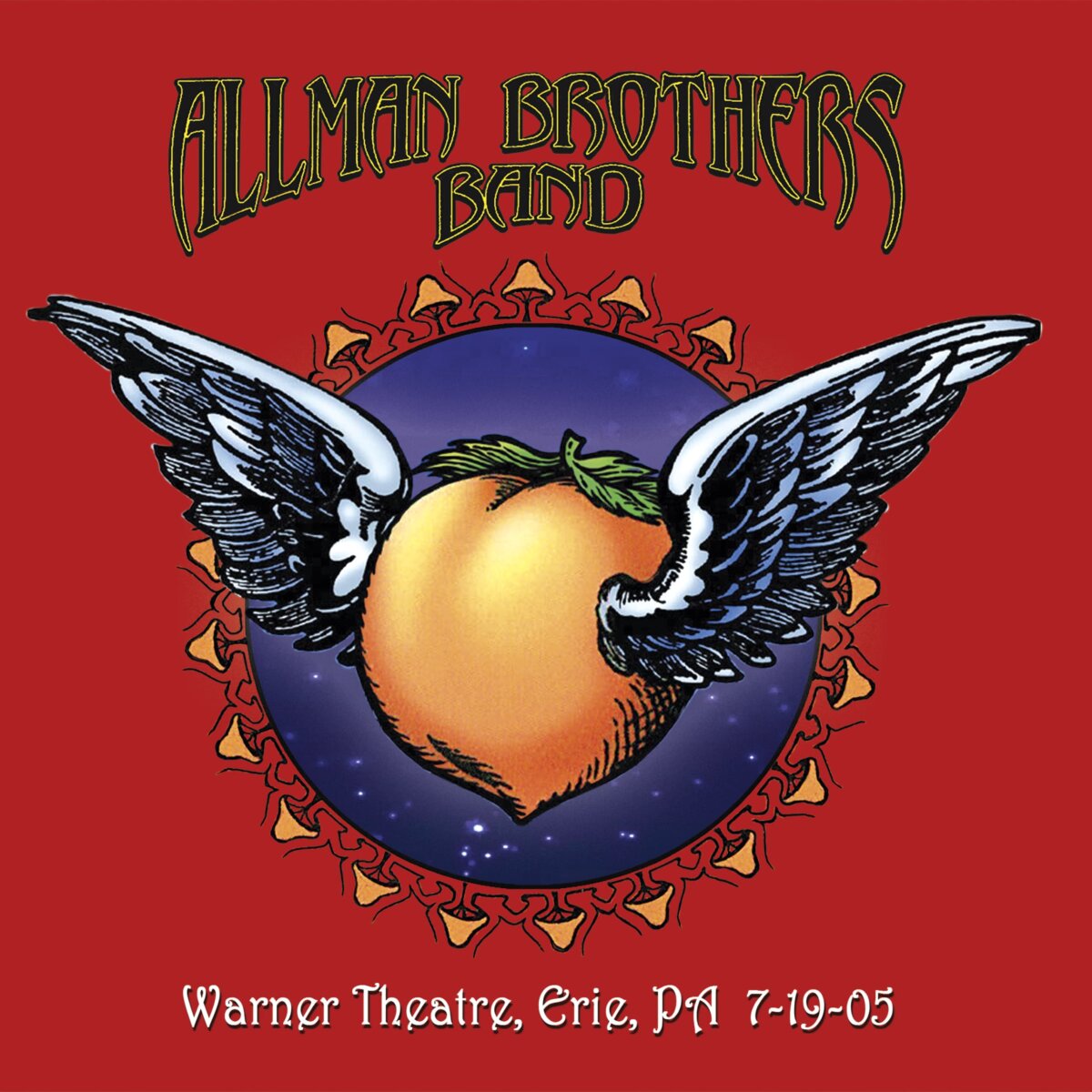 Throughout their illustrious 45-year career, the ALLMAN BROTHERS BAND have played many legendary venues and widely-praised live shows; however, up until this point, the sold-out show on July 19, 2005 at the Warner Theatre in Erie, PA hasn’t been included on that list. Long hailed as one of their best ever by the band members themselves, on October 16 fans will have the opportunity to experience this spectacular show for themselves with the commercial release of a 2-CD set via Allman Brothers Band Recording Company, distributed by The Orchard.

By the summer of 2005, the Allman Brothers Band had moved into a comfort zone of stability and superb chemistry. The line-up–Gregg Allman on vocals and keyboards, drummers Jaimoe and Butch Trucks, Warren Haynes and Derek Trucks on guitars, Oteil Burbridge on bass and percussionist Marc Quinones–had been together since 2001 and had established a groove, both on and off the stage.

The 2005 tour was a typical ABB run of festival and amphitheater shows, with a sprinkling of casino and theater appearances thrown in along the way, Warner Theatre being one of them. In the weeks leading up to this show, the band had traveled a great deal with long drives and performed three shows in a row before arriving in Erie early on July 18, a much-needed day off. The band came into this show rested and ready to turn things up for the last five shows of the run.

A major ingredient to the success of this night was the meticulously crafted setlist from Warren Haynes, with input from the other members. Since this was one of a few “Evening with” theater shows, and was to be a two-set show with intermission and no opening act, this gave the band room to stretch and set the tone differently from an amphitheater show. With the recent release of 2003’s Hittin’ The Note, there was a lot of new material to pull from as well as exceptional new covers which had recently been brought into the fold (“The Night They Drove Old Dixie Down” and “Don’t Think Twice, It’s All Right” with guesting vocalist Susan Tedeschi). The group kicked things off with rare show-opener “Mountain Jam” and it was evident that the band was firing on all cylinders, right from the jump.

When asked when he realized that this performance was something special, Bert Holman, the ABB’s manager since 1991, noted, “I was feeling it while they were playing. Ultimately, I knew it had been a great night when they started coming off the stage and everyone was like, ‘Man, that was a great show!’ I remember Oteil and Derek particularly being pumped about it, Haynes was pleased, and Butch was just raving about how over-the-top the show was. They all told me that they needed a copy of the show, which says a lot right there.”