The Allman Betts Band May 2021 Tour

The Allman Betts Band
May 2021 Tour

Following the release of their latest album Bless Your Heart, The Allman Betts Band announce their May 2021 UK – Europe Tour. 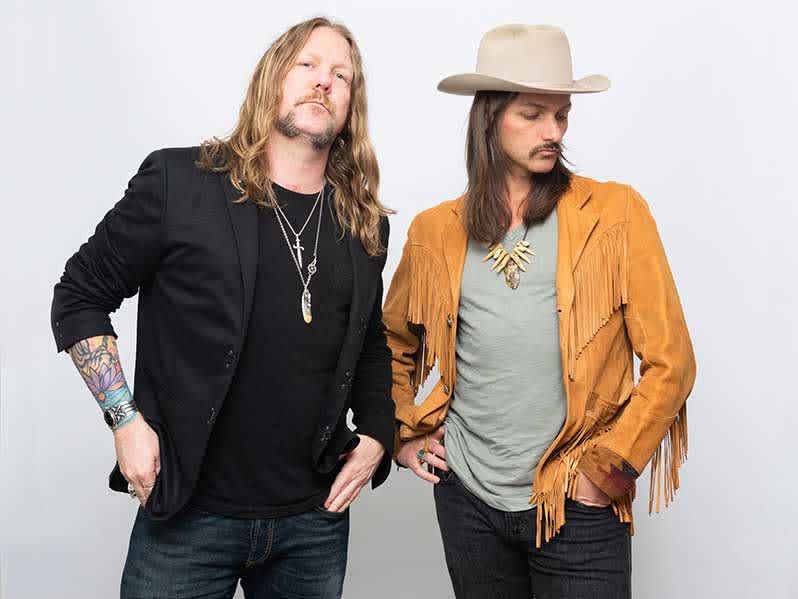 When The Allman Betts Band released Down to the River in June of 2019, the debut album represented not only the first time the group had recorded together but, in fact, the first time the seven-piece ensemble had ever played together. If Down to the River was the sound of the band’s combustible sparks igniting, then Bless Your Heart is their bonfire, built for the summer of 2020 and beyond; a double-album follow-up fuelled by road-forged camaraderie and telepathic musical intensity, vibrantly reflecting the individual and collective experiences of these seven, all drawing inspiration from the band’s symbolic hometown – a place Devon Allman calls “the United States of Americana.”

Over a week’s time, they recorded 13 songs at the legendary Muscle Shoals Sound Studio on 2-inch tape, just as they did with Down to The River. In addition to the time in Muscle Shoals, Bless Your Heartsaw additional tracking in Memphis and St. Louis. Within the eclectic repertoire are the familiar: stacks of guitars; electric, acoustic, and slide; a throttling, percussive rhythm section. And the fresh: Bassist and singer Berry Duane Oakley’s ABB vocal debut on his original song (“The Doctor’s Daughter”); Allman’s baritone vocal channelling Johnny Cash (“Much Obliged”); Betts extending the legendary family legacy of incendiary instrumentals (“Savannah’s Dream”). They tapped friends, as well, such as Jimmy Hall, Shannon McNally, Art Edmaiston, Susan Marshall, and Reba Russell for guest contributions. Then, emerged with an undeniable achievement of an album (what sophomore jinx?) worthy of its winking, unabashedly Southern title.

“I think we definitely challenged ourselves, pushed ourselves artistically, and widened the spectrum on all levels. We wanted something that was a little more sweeping. A deeper experience,” says Betts.

Says Allman, “I hope what people hear on Bless Your Heart is a band that’s having a love affair with being a band.” 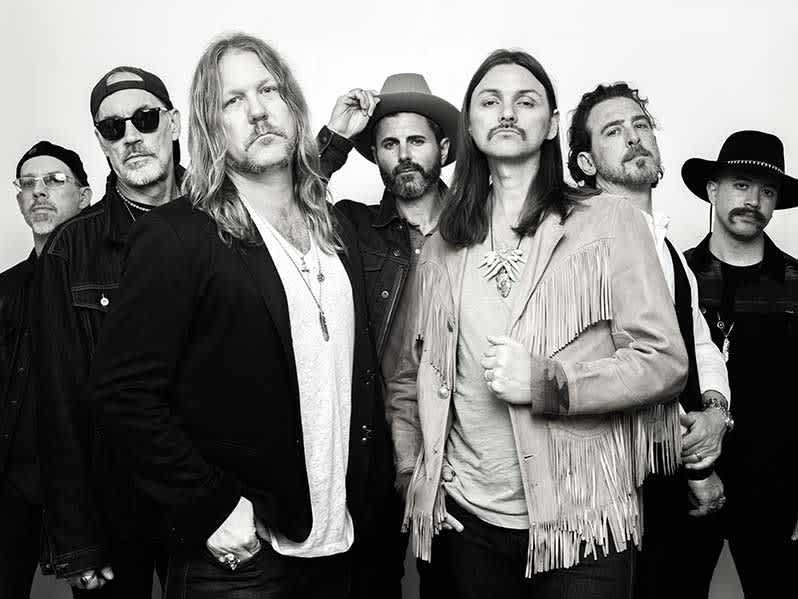 For this UK tour, Planet Rock will start a 48-hour ticket pre-sale on Wednesday September 30th and Thursday October 1st via planetrock.com. Tickets will then go on general sale on Friday October 2nd from alttickets.com, ticketmaster.co.uk, planetrocktickets.co.uk and allmanbettsband.com

“Devon Allman and Duane Betts don’t duck for cover. No, this ABB isn’t trying to redefine what Southern rock can be, but they do delight in the sounds of that inheritance.”
– MOJO

“They sound like the Allmans, the Dead and The Band, all at the same time.”
– Uncut

“They’ve filtered their inheritance through their own jam-band generation, and the sound is heavier.”
– Classic Rock